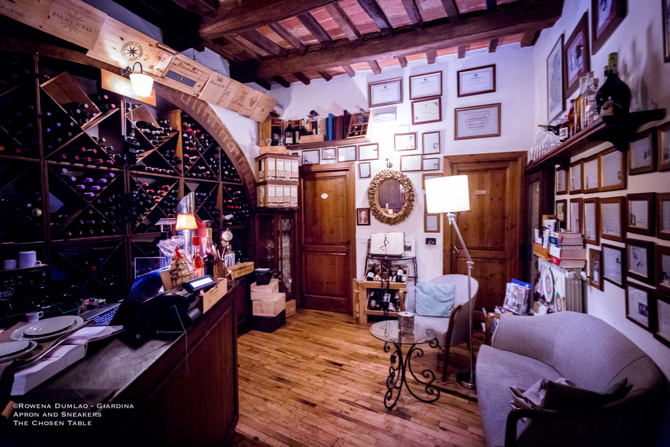 Situated in front of the loggia attributed to renowned 16th-century Mannerism architect Giacomo Barozzi da Vignola in the old center of Montepulciano, Massimo Sella named his restaurant Le Logge del Vignola when he opened it in 2001. Now entering its second decade, it has always been the referral point of both locals and tourists for an excellent Tuscan meal, earning the place a number of important recognition like having a designation of two "forks and spoons" at the Michelin Guide. 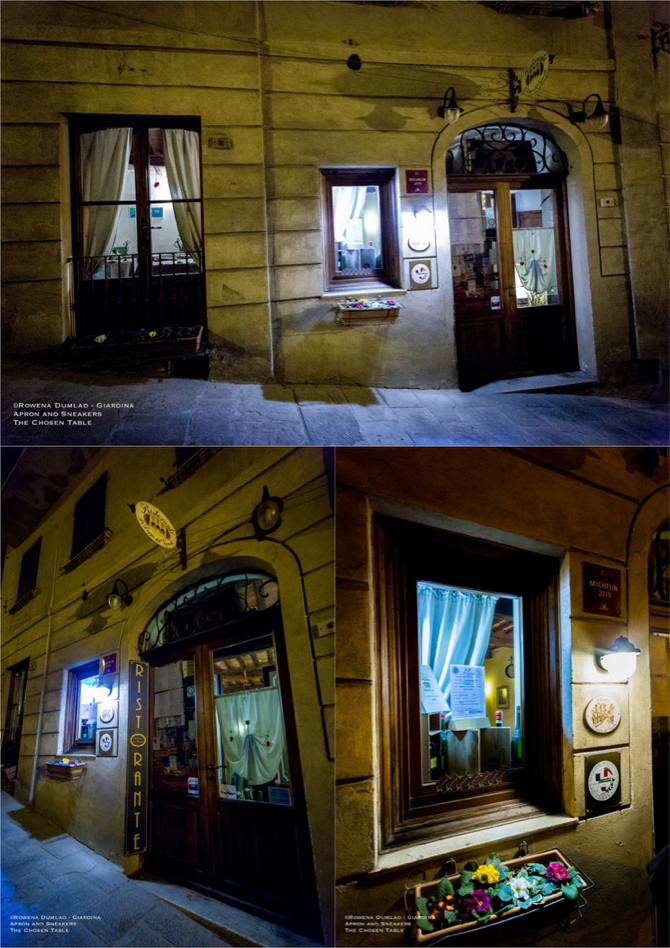 Internationally known, Le Logge del Vignola had taken its cuisine to various parts of Japan for three years at an invitation of a Japanese entrepreneur who wanted to take Tuscan cuisine to his country. Afterwards, Zurich and Boston also had the chance to try their cuisine.

The restaurant's two elegant rooms are warmly decorated with wooden beams, parquet flooring and bricks, a suggestive place to snuggle up in the relaxing and refined ambience. The kitchen, recently headed by Chef Danilo Massa, seeks to combine the best proposals for contemporary and traditional characteristics in the plates with great attention to the quality and seasonality of the ingredients used. 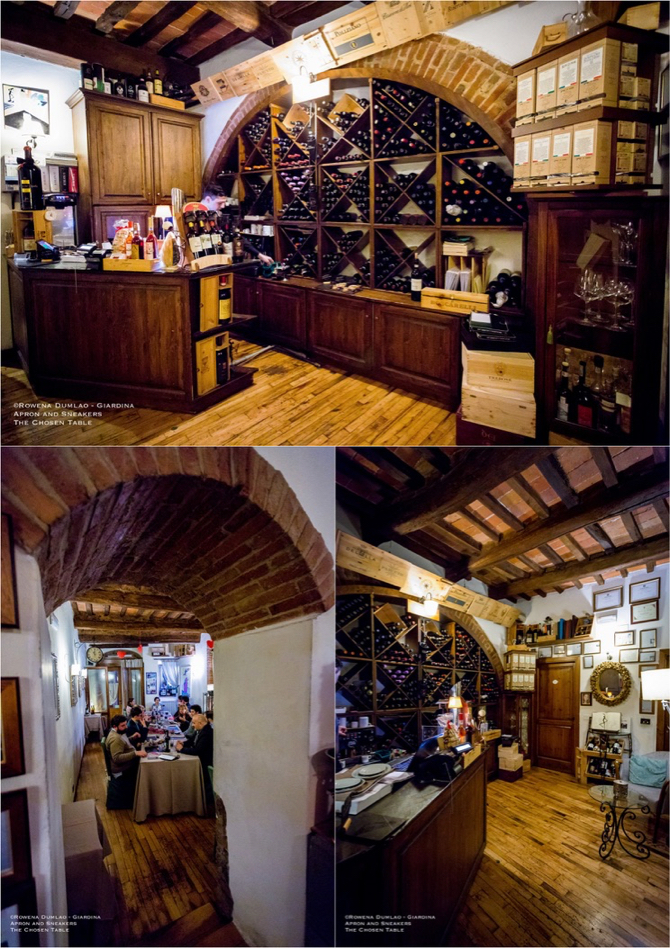 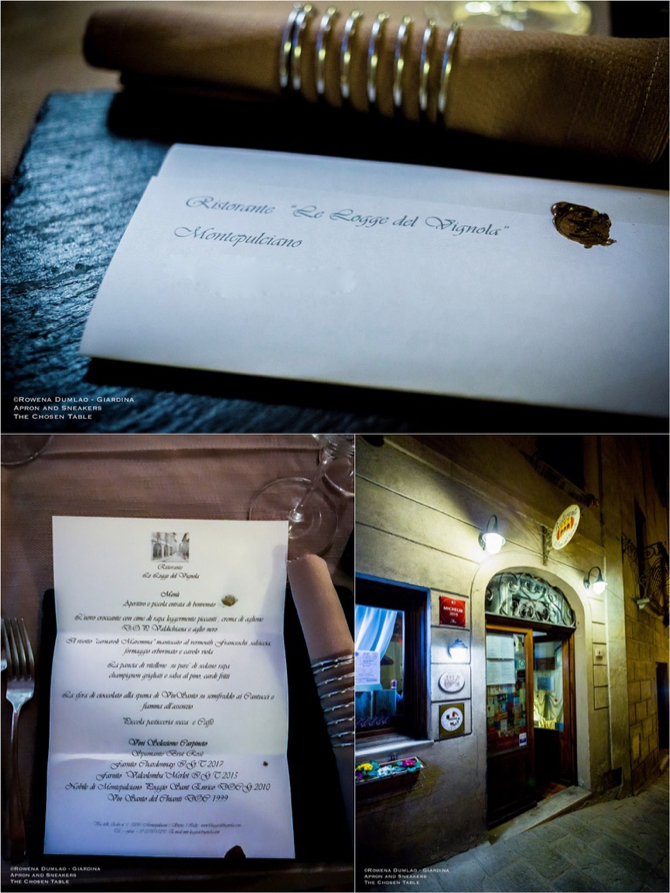 Because of the seasonality of the ingredients, the menu follows suit. But there are some entries that remain constant like their emblematic culinary offerings liver patè or the pigeon with vinsanto and foie gras.   The proposals in the menu commence with the appetizers (€12 to €14) featuring some dishes like the Traditional Patè of Chicken Liver in a Box of Coffee Bread with Spiced Pear and Wine Sauce, Selection of Tuscan Cold Cuts of Cinta Senese "Il Poggio"or an interesting seafood suggestion of Squid Stuffed with Panzanella, Vinsanto Jelly, Prunes and Tzatziki Sauce. The first courses of risotto and freshly-made pasta (€12 to €15) have some entries for classic cooking like the Traditional Handmade Pici with White Goose Ragù and Black Garlic, or Typical Ribollita of Black Cabbage in Puff Crust. 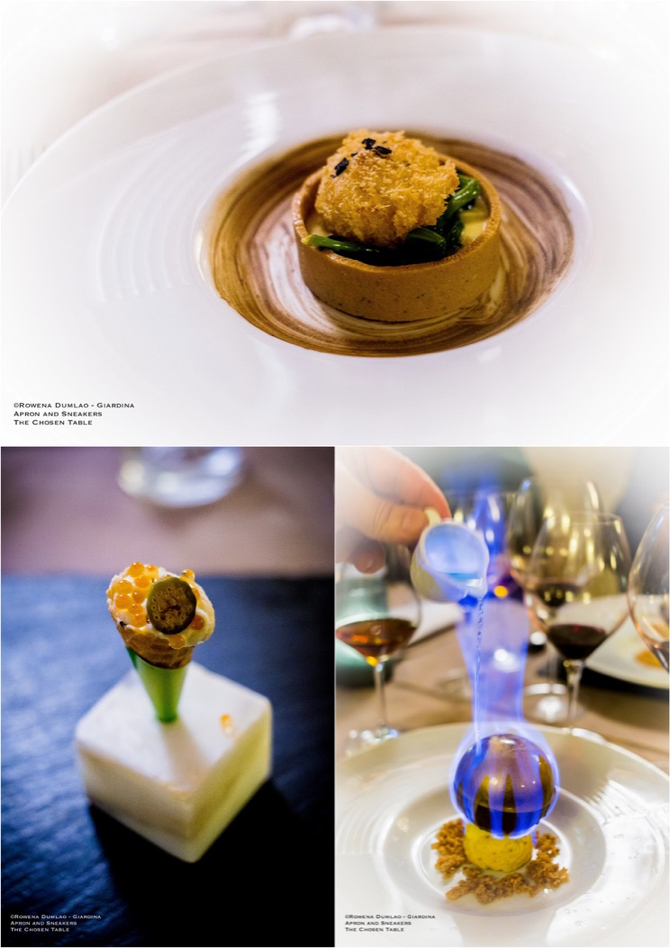 For the main courses (€20 to €23), some exquisite proposals are the Pigeon with Vinsanto Sauce, Macaron with Foie Gras, Grué and Orange, as well as the Porchetta-Style Lamb, Grilled Marrow, Pecorino Taco and Sheep Yogurt, or the Grilled Chinanina Steak (€5 per 100 grams) Served with Cannellini Beans. The proposals for dessert (€6 to €10) are equally exquisite like the Tiramisù Chocolate Sphere with Hazelnut Praline and Absinthe Flame or the Cigar of Eggplant and Lightly Spicy Chocolate, Tobacco Ice Cream and Cocoa Crumble. 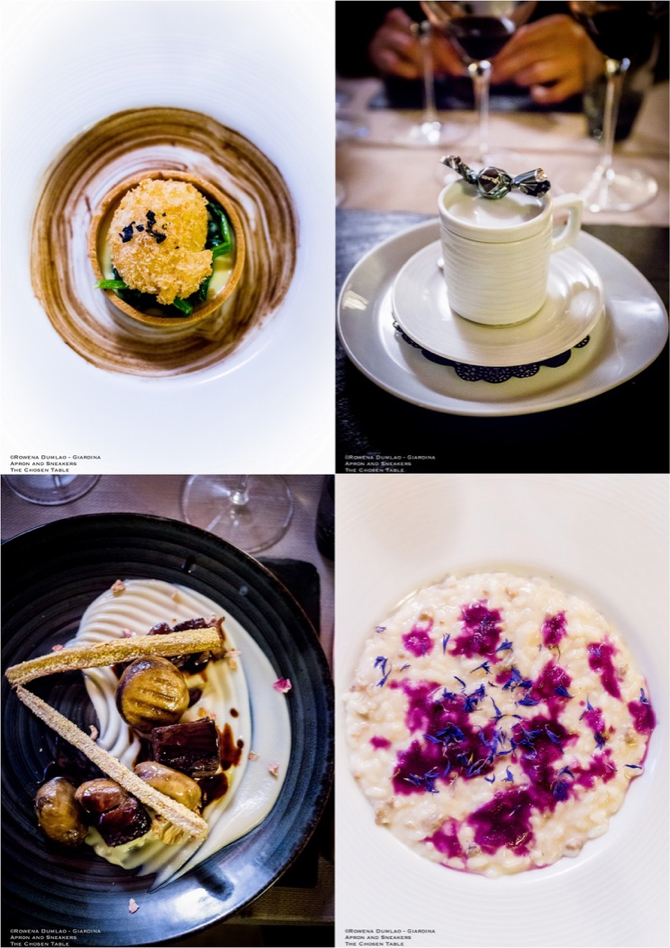 A good dish is never enjoyable without an excellent bottle of wine to enjoy it with. Being a sommelier, Massimo has an excellent wine menu of 450 labels with special focus on Vino Nobile di Montepulciano and Tuscan wines. Being situated in an important wine region, Le Logge del Vignola collaborates with various wine producers in the area for dinners with wine tastings like the prestigious wine estate Carpineto.

Carpineto, rated as one of the top wine producers of Italy, is a fully-grown company with 200 hectares of vineyards distributed in five estates: Montepulciano, Montalcino, Gaville (Alto Valdarno), Dudda (Greve in Chianti), and Gavorrano. The annual production of three million bottles are mostly dedicated to red wines while a very small percentage is dedicated to the production of white wines and sparkling wines, the latter being a rarity and the first ever produced in the Chianti Classico zone. Carpineto red wines are known for their excellent aging ability and approachability in part due to their extensive bottle-aging technique. With regards to the wine they produce, the quality never wavered until now, after exactly 52 years of winemaking, their iconic Vino Nobile di Montepulciano Riserva is among the Top 100 Wines of Italy according to Wine Spectator which had been awarded in succession over the past three years. 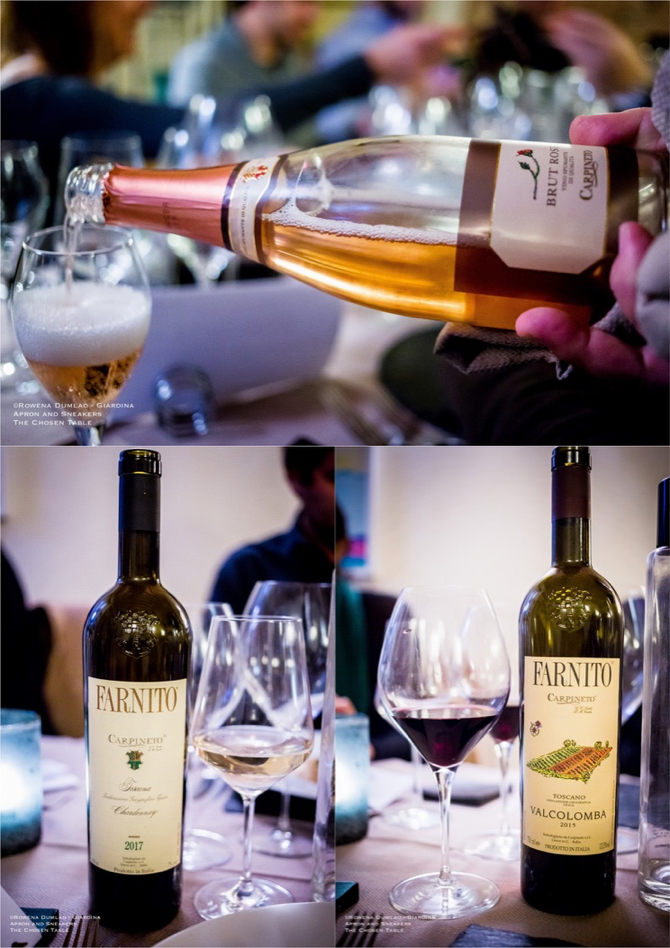 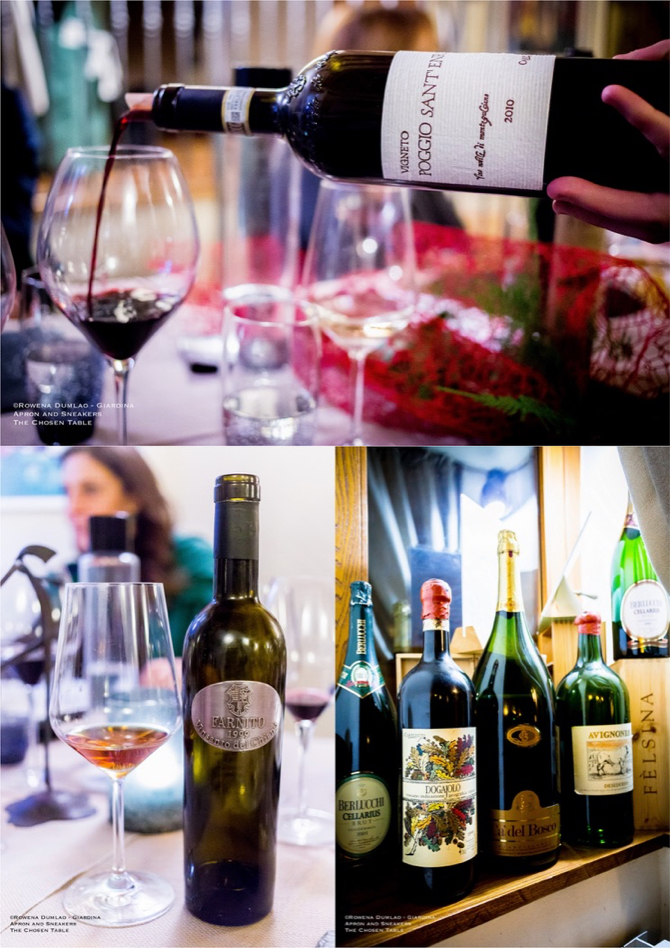 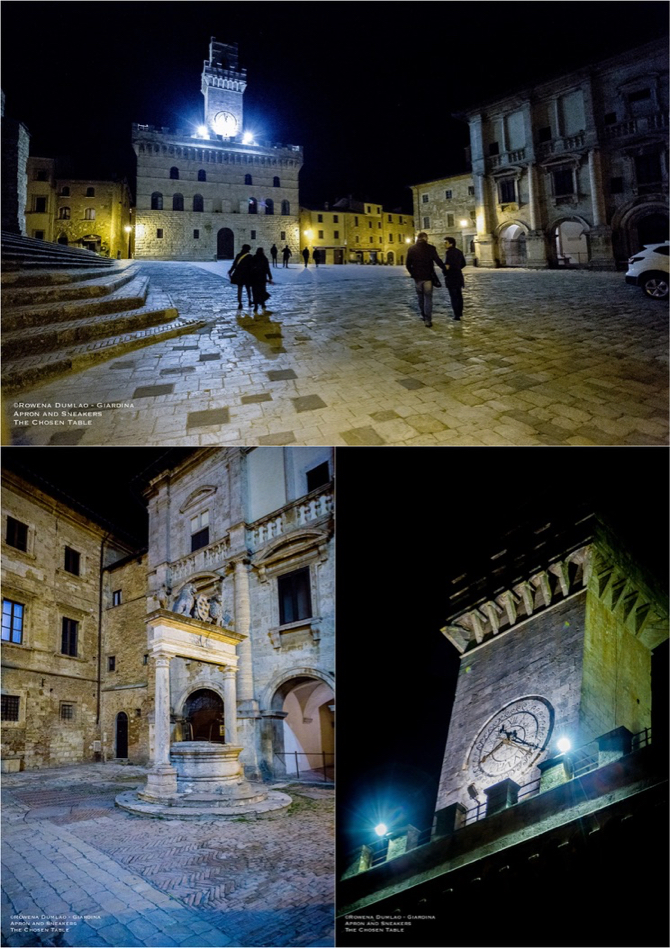