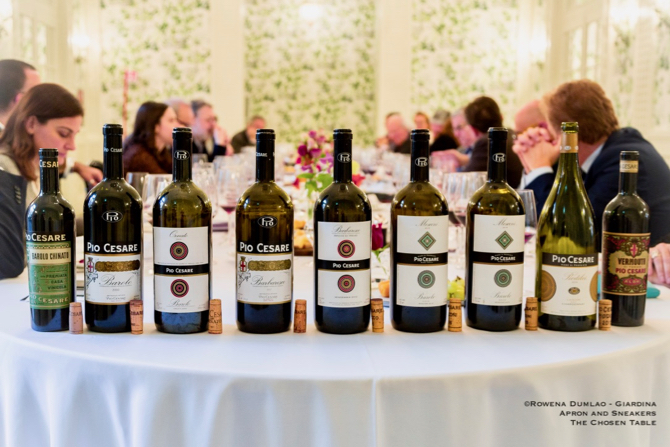 When successful entrepreneur Cesare Pio founded the Pio Cesare Winery in 1881, he had one thing in mind - to produce high quality wines that represent the terroir of the Piedmont region from the hills of Barolo and Barbaresco. Today, in the year 2020, after 139 years, the winery is still in the hands of his fourth and fifth generation family members with a much thriving existence of their wines in more than 50 countries around the globe. The grapes are harvested in their 75 hectares of land in Piedmont and vinified in their ancient cellars in the town of Alba. 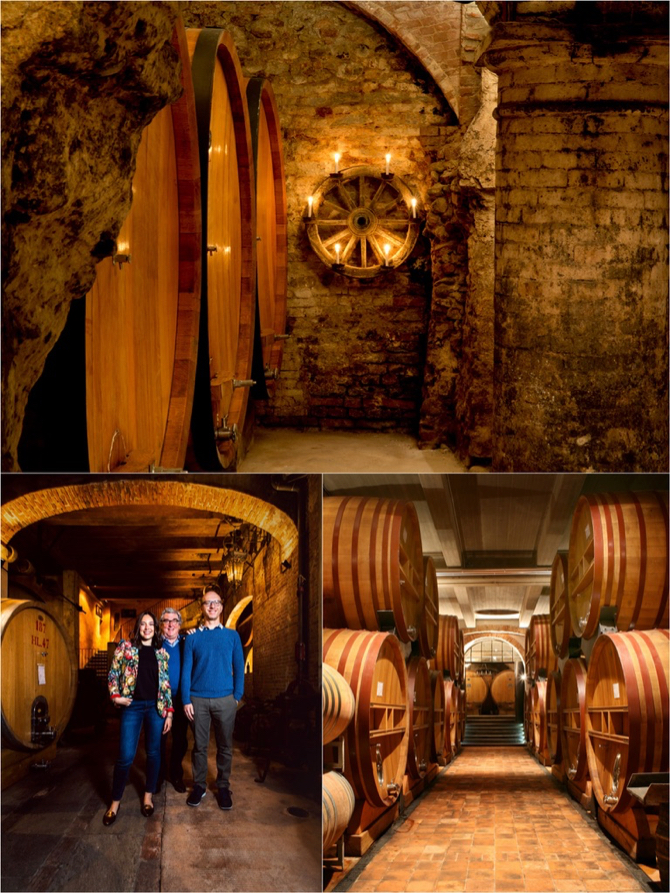 With almost a century and a half of history in winemaking, Pio Cesare's success can be attributed to their devotion in keeping the family's style in their wines that they have defined throughout their history. Pio Boffa defines their style as classic because they bring back and enhance the characteristics of the terroir of each area in the glass. From 1881, it has always been quality and tradition that dictated the unwavering family's philosophy, a line that definitely remained until their present years and in the future. 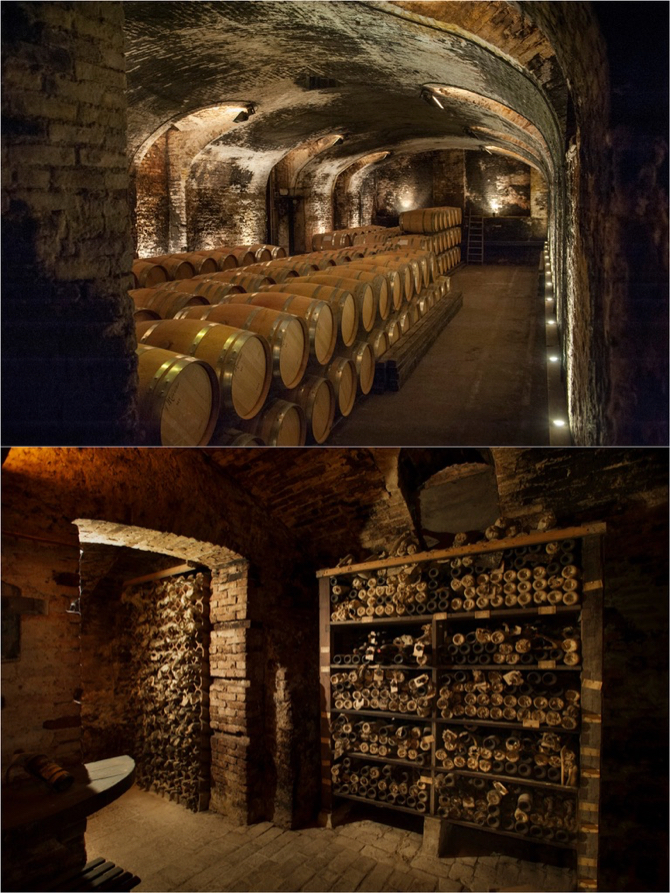 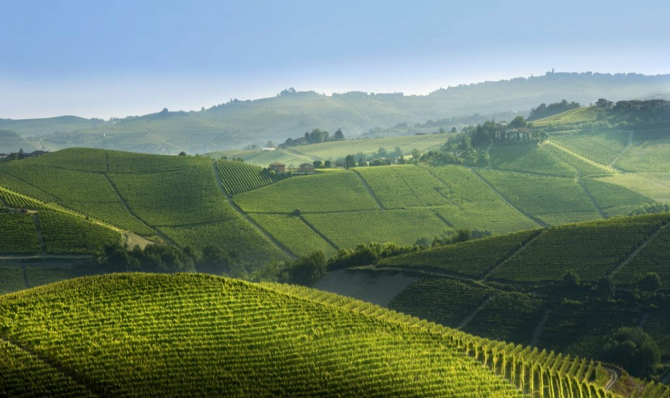 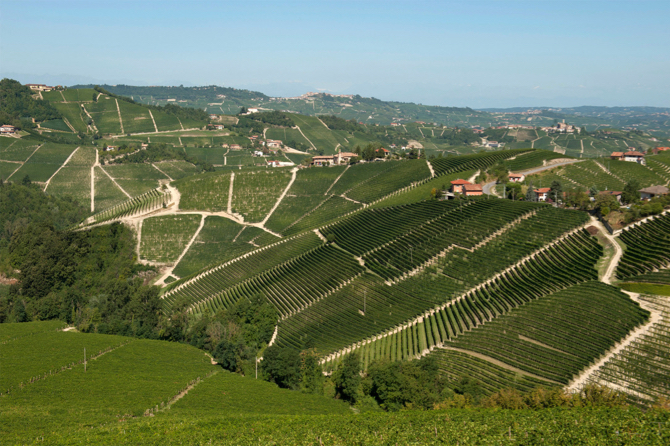 The cellar of the estate dates back from the end of the 1700s which is surrounded by ancient Roman walls from 50 B.C.. They were modernized and refurbished to facilitate modern technology and adapt to the current needs in wine making. The cellars are situated on four different levels wherein a natural constant temperature and humidity are maintained. Paolo Fenocchio has been the head winemaker and oenologist since 1981 and he works with oenologists Beppe Natta and Marco Artusio. 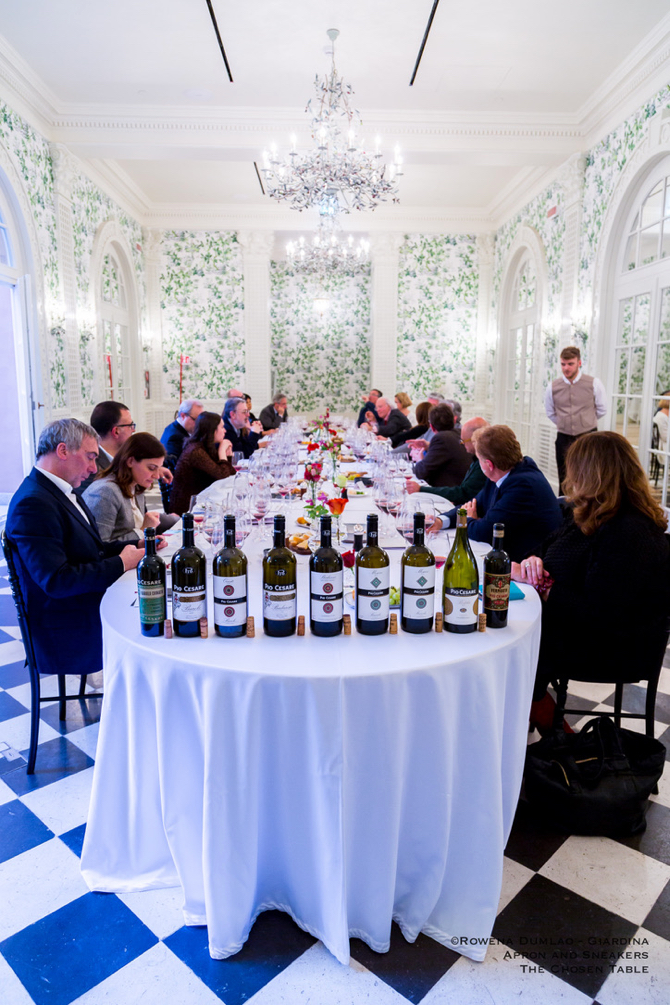 On the 13th of February 2020 at Hotel de la Ville in Rome, Pio Boffa, along with his daughter Federica Rosy and nephew Cesare Benvenuto, presented six magnum bottles of Barbaresco and Barolo from different vineyards and vintages: Barolo Mosconi 2015, Barolo Mosconi 2016, Barbaresco Bricco di Treiso 2010, Barbaresco Classico 2007, Barolo Ornato 2009, and Barolo Classico 2000. Piodilei Chardonnay 2015 was also included in the tasting as well as their limited production of esoteric wines, the Vermouth and Barolo Chinato. The tasting was accompanied by the excellent dishes of celebrated Chef Fulvio Pierangelini: Russian Salad with Puntarelle; Ravioli alla Carbonara; Leg of Lamb with Thyme Sauce, Potato Cream with Extra Virgin Olive Oil and Roman-Style Artichoke; Parmigiana of Bra Duro; selection of cheese; and small pastries. 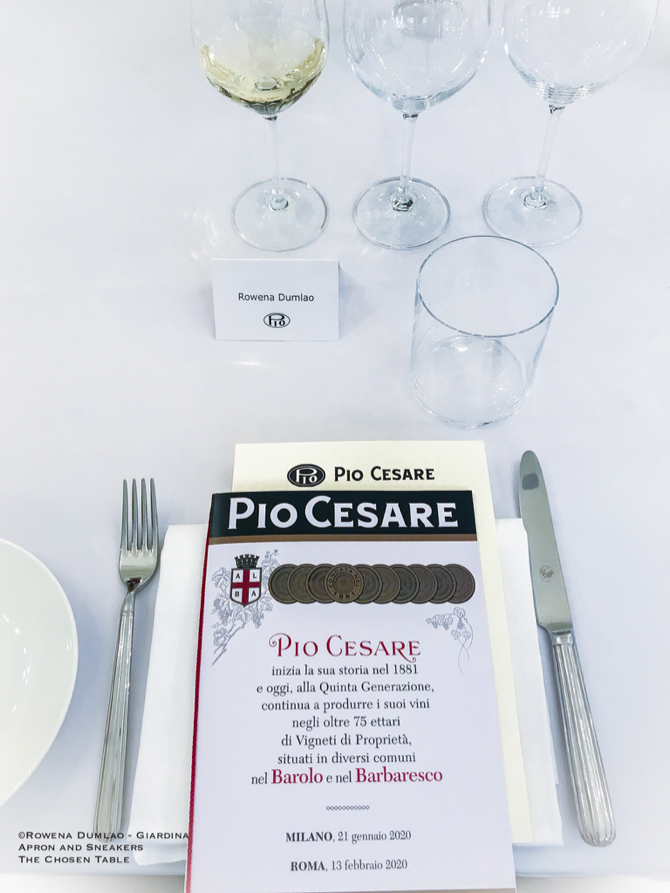 Barolo Mosconi 2016 and Barolo Mosconi 2015. The second single-vineyard Barolo of Pio Cesare, after Ornato, that had its first vintage in 2015 from a small selection of the oldest Nebbiolo vines at the 10-hectare Mosconi in Monforte d'Alba, one of the most prestigious areas of the entire Barolo region that's well-known for complexity, elegance and longevity. It is a small patch of land that is most memorable to Pio Boffa because he bought it for himself for his 60th birthday. The wine is aged for 30 months in big oak barrels, a small amount of which was aged in French oak barrique for the first 12 months. Intense and complex nose with evident mature red stone fruits and rose petals. The 2016 vintage conveys elegance, harmony, freshness, soft tannins and a persistent finish that lingers beautifully while the 2015 displays strength with overtones of mature red fruits and dried tobacco leaves as the palate ends with  continuing power. 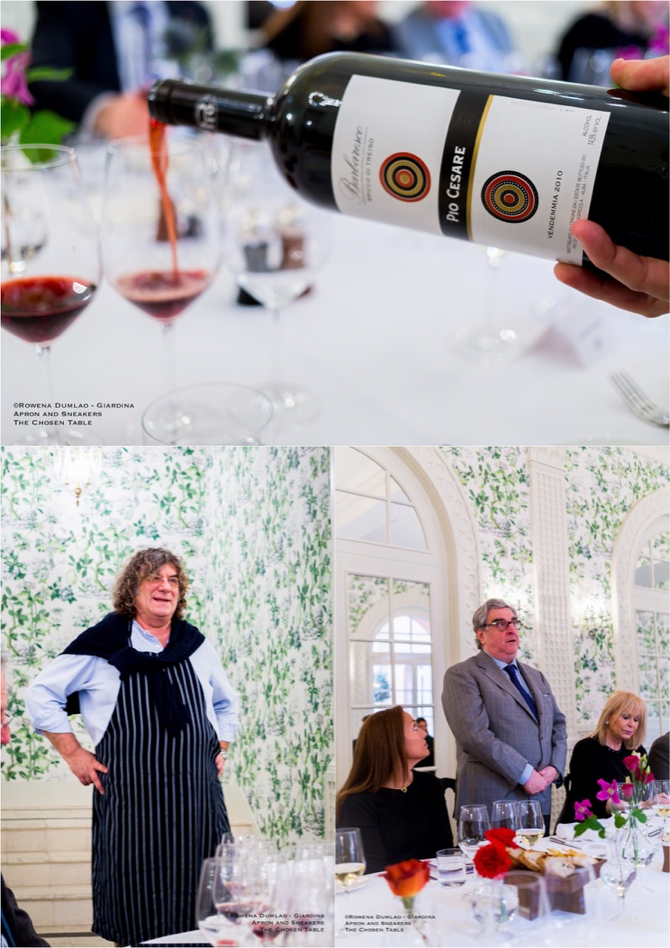 Barbaresco Bricco di Treiso 2010. Nebbiolo grapes coming from three different plots in the highest part of the vineyard located in Cascina Il Bricco in the village of Treiso. The wine is aged for 30 months in big oak barrels, a small amount of which was aged in French oak barrique. Only a few bottles produced each year. A powerful full-bodied wine that conveys a complexity of floral and fruity aromas. The palate is persistent with good acidity and minerality. Harmonious and should be capable of surprising more with age. 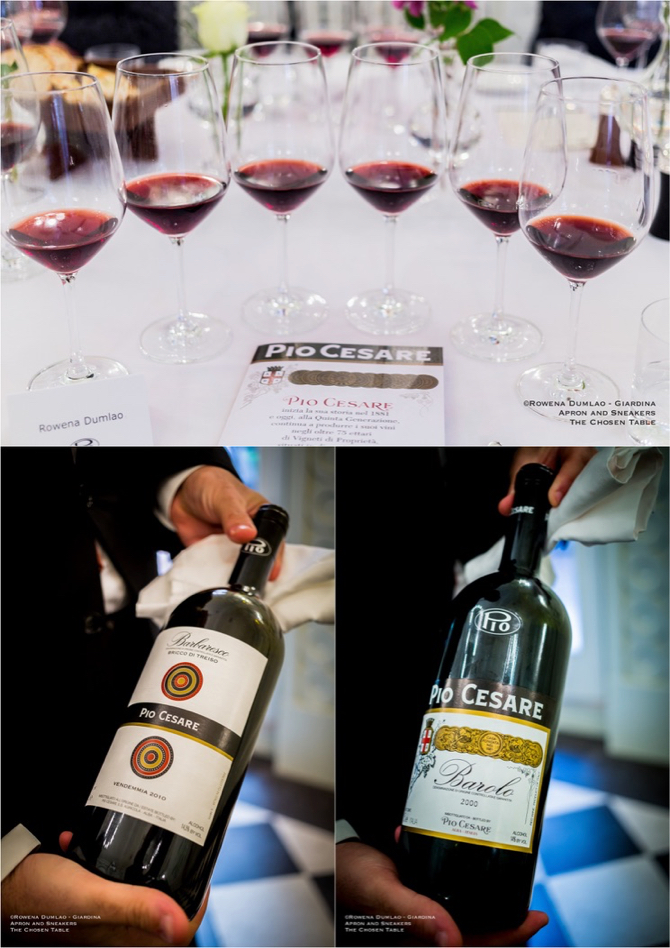 Barbaresco Classico 2007. Produced from grapes harvested in four different vineyards within the Barbaresco appellation. This is the classic way used by winemaking families in producing Barbaresco wine which combines each of the distinctive characteristics of the different vineyards and terroirs. The wine is aged for 30 months in big oak barrels, a small amount of which was aged in French oak barrique. Complex and intense nose of flowers, ripe red fruits and dried spices. Distinguished tannins and freshness with a persistent finish. 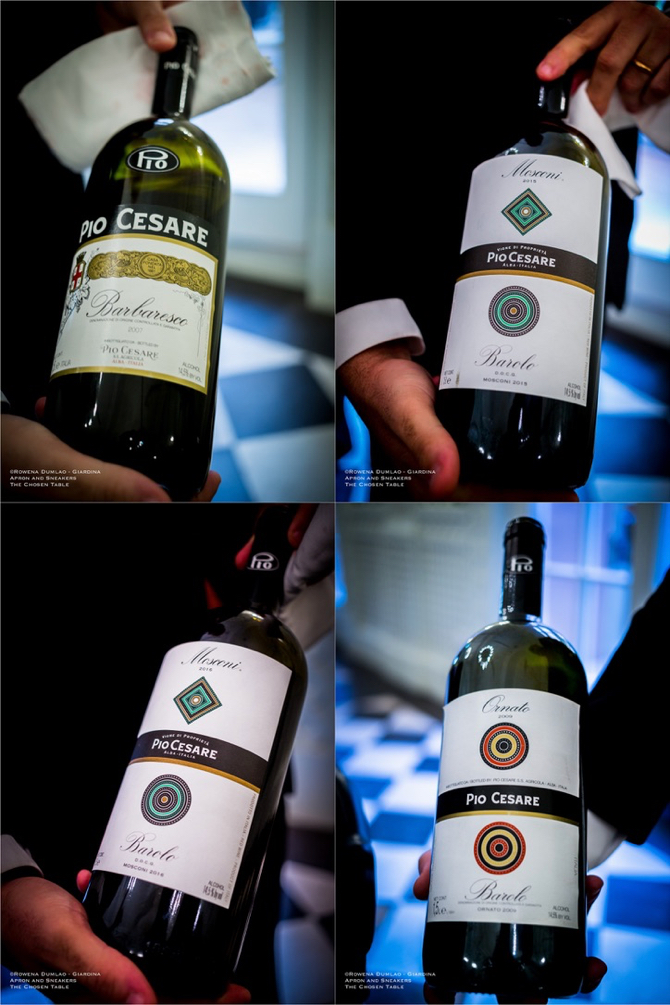 Barolo Ornato 2009. This is the first single vineyard Barolo produced by Pio Cesare for the first time in 1985. Nebbiolo grapes coming from a single vineyard at Cascina Ornato in Serralunga d'Alba in the highest part of the vineyard located in Cascina Il Bricco, one of the most historical and prestigious areas of the entire Barolo region that's well known for great structure, tannins, freshness and longevity. The wine is aged for 30 months in big oak barrels, a small amount of which was aged in French oak barrique for 12 months. A complex and intense nose with overtones of ripe fruits, dried flower and dried tobacco leaves. Elegant, rich and persistent in the mouth. Very good harmony. 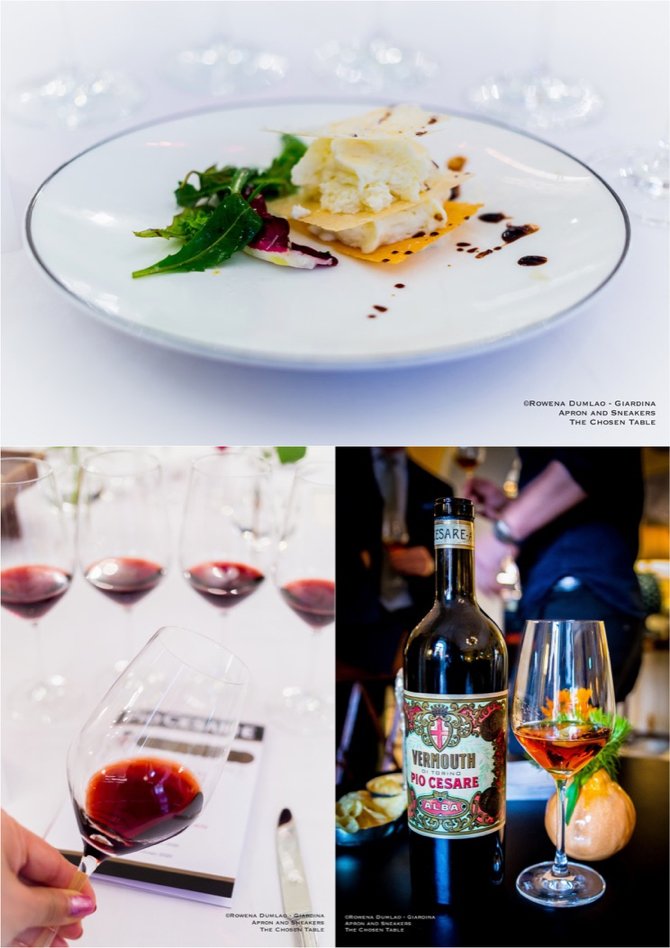 Barolo Classico 2000. Produced from grapes harvested in seven different vineyards within the Barolo appellation. This is the classic way used by winemaking families in producing Barolo wine which combines each of the distinctive characteristics of the different vineyards and terroirs. The wine is aged for 30 months in big oak barrels, a small amount of which was aged in French oak barrique. A standout among the other wines at the tasting. The nose has a complexity and intensity that imparts balanced aromatic bouquet. The palate is rich with flavors and lingers long. Harmonious. 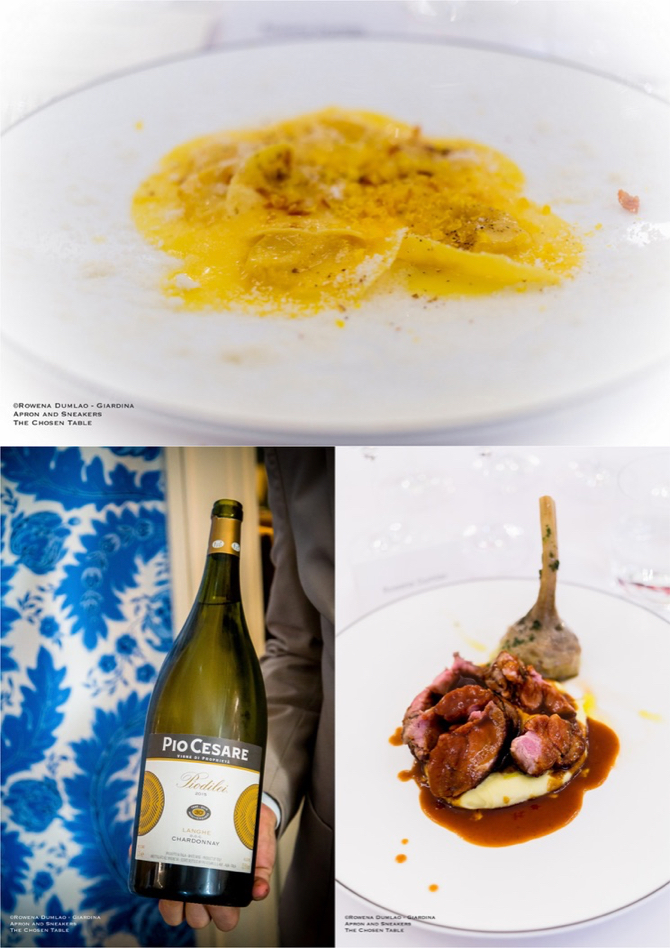 Chardonnay Piodilei 2015. Chardonnay grapes sourced from two vineyards from both Barbaresco and Barolo: Il Bricco in Treiso in the Barbaresco area and Colombaro in Serranìlunga d'Alba in the Barolo area. It represents a white wine with the same structure, complexity and aging potentiality as its red counterparts produced in the area. The fermentation starts in stainless steel tanks then one third of which finishes in new French oak barrique. Aged in French oak barrique for 8 months on the lees. It has a complex and intense nose of yellow flowers and ripe fruits that promises a good palate. Fresh in the mouth with light creaminess. 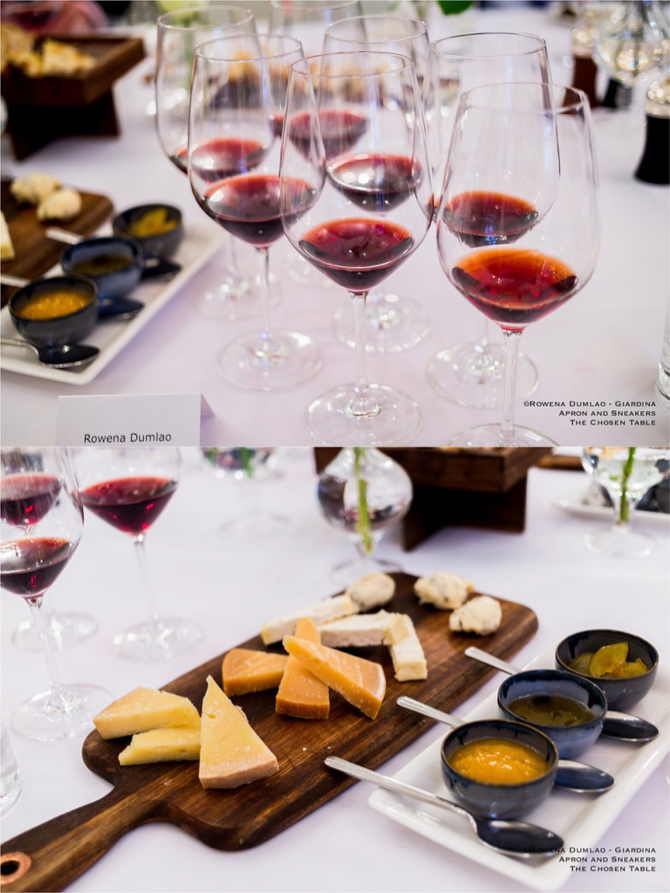 Barolo Chinato and Vermouth. With the much established production of classic Piedmont wines, Pio Cesare Winery added two of their oldest and smallest original wine production in their line-up, the Barolo Chinato and Vermouth. Both aromatized wines had been ceased from their production in the 1950s for lack of marketability due to the people's change of interests. However the fifth generation members of the family decided to produce them once again using the same family recipes and historical labels that their ancestors had been using. These unchanged traditional recipes are once again concocted in their cellars to give our curious palates a chance to taste how they were more than a century ago. 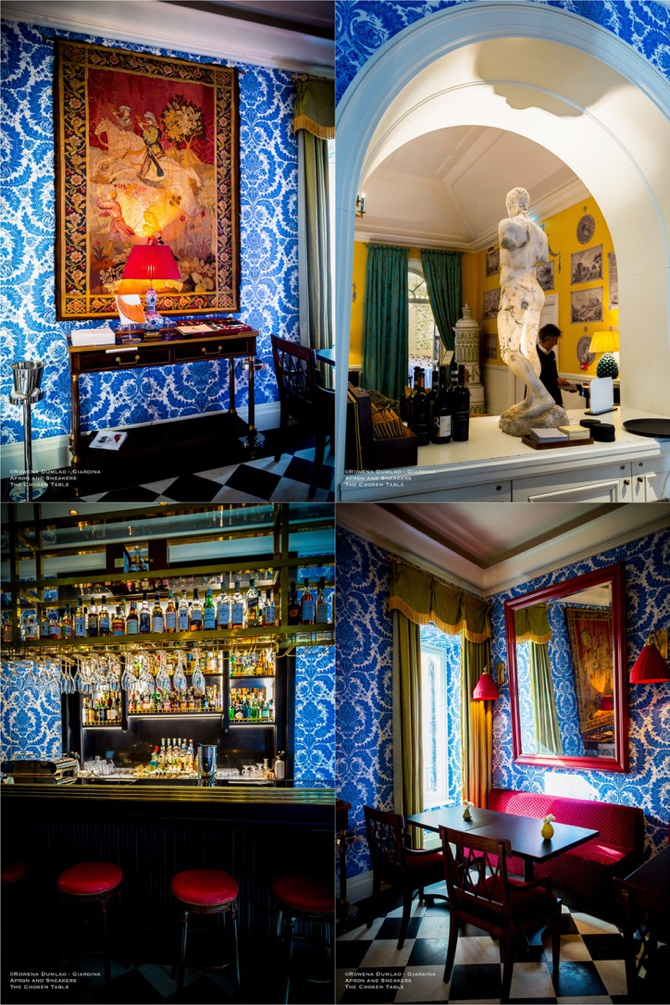