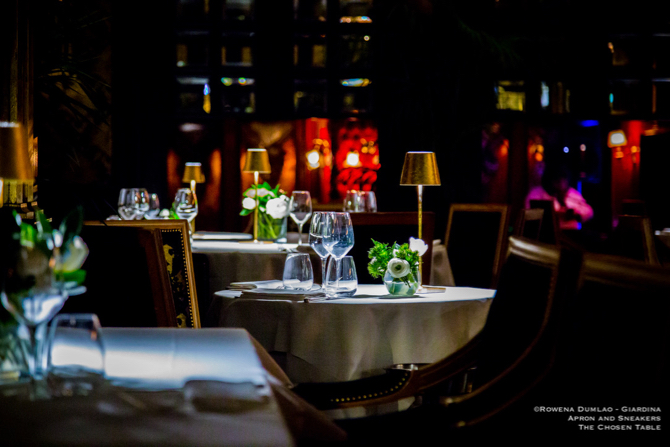 Rome, in one of its glamorous nocturnal life is amplified by an experience at Jackie O'. It is located at a street perpendicular to Via Veneto, one of the most elegant streets of Rome with bars and restaurants made internationally famous by Federico Fellini's 1960s classic film La Dolce Vita which celebrated international personalities and the jet-set crowd frequented. 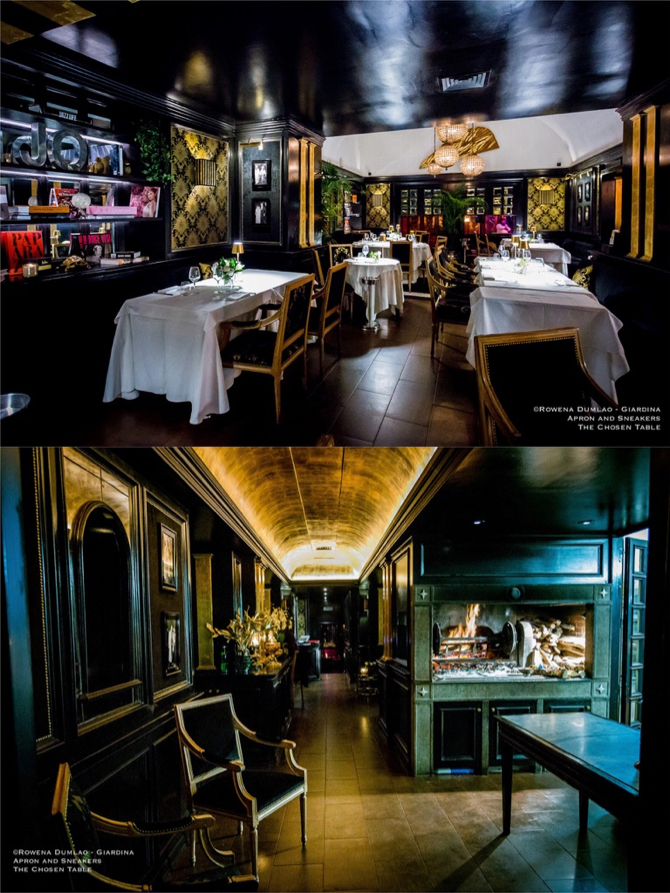 Jackie O' was founded in 1972 by Gilberto Iannozzi and his wife Beatrice and with its name, it was a clear indication of their homage to Jacqueline Kennedy Onassis, an international icon of glamour and elegance. Not long after its opening, its unique formula of club, piano bar and restaurant in one place became a point of reference for the upscale enthusiasts of good food, music and dancing until the wee hours of the morning. 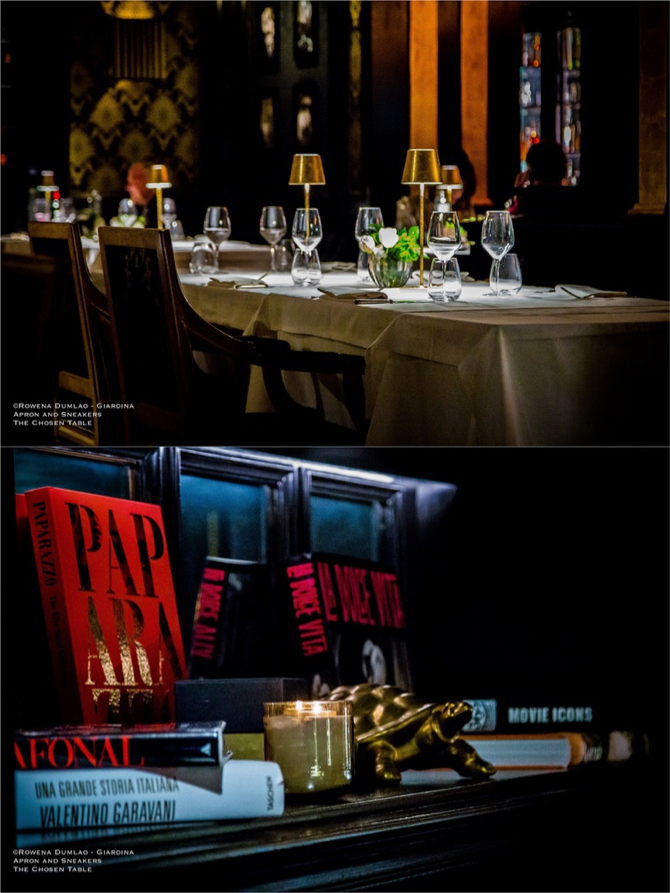 After more than four decades, Veronica Ianozzi, daughter of Gilberto and Beatrice, represents the new generation as she guides the Jackie O' with its new resplendence. The restyling of refined and modern furnishings with leather seats, velvet armchairs, mirrors, collectibles and tapestries in soft lights creates an intimate and sophisticated ambience. It still depicts a timeless venue where glamour crosses with the sweet life that once breathed through its walls. It bore witness to Liza Minelli's live singing of New York, New York at the piano bar, Alain Delon's dancing and the string of endless celebrities like Sylvester Stallone, Helmut Berger, Princess Margaret, Marcello Mastroianni, Burt Lancaster, Gina Lollobrigida, Gerard Depardieu, Valentino, Denzel Washington and the list goes on. 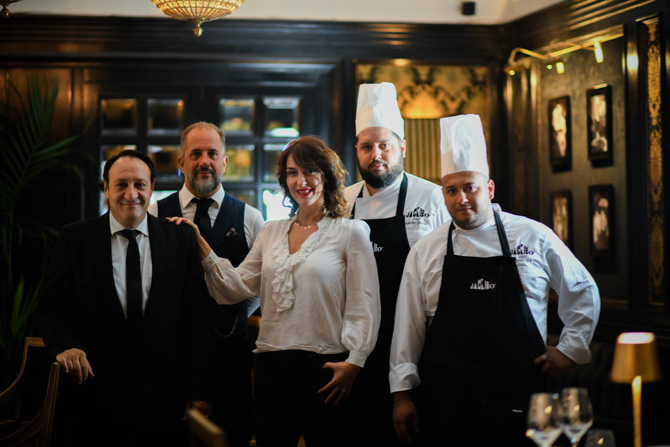 Music is enjoyed at the piano bar and club in separate halls while the restaurant is comfortably ensconced in the warm and intimate lower ground of Jackie O' that is accessed through a dramatic entrance of red-carpeted stairs, black walls and gold trimmings. It's a unique dining experience that's tailor-made for its distinguished  guests who choose Jackie O' for its impeccable service provided by Maitre d' Gianni Caddeu and the rest of the dining staff. 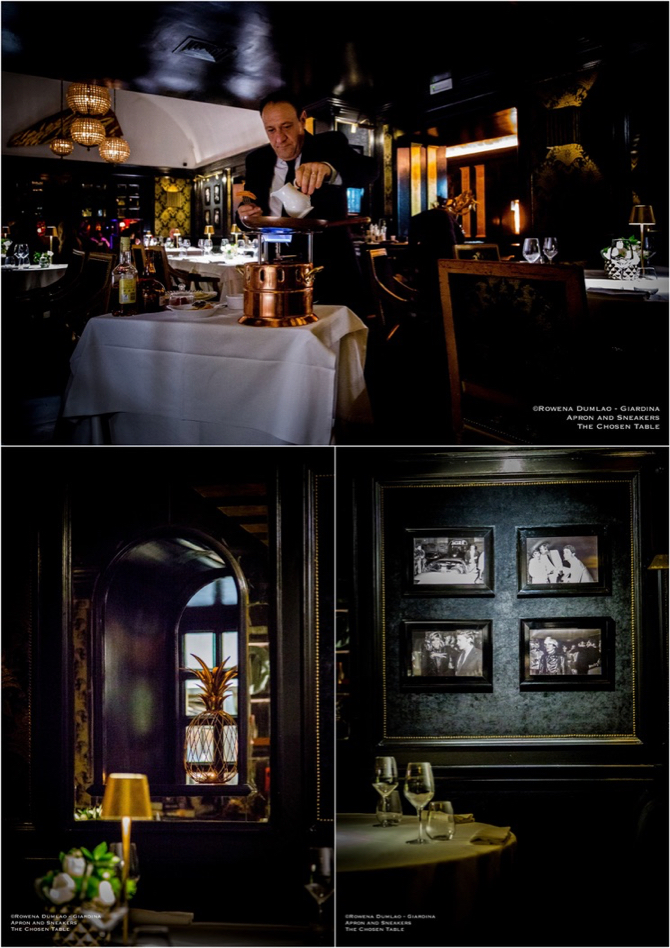 The kitchen is represented by a couple of talented and diverse young chefs Federico Sparaco, who has a professional background in classic cooking, and Steven Toro, who has gained his creative reinterpretation through his experiences in starred restaurants. They convey different personalities in their creativity but they complement each other's work perfectly. The menu is versatile and it has a distinctive highlight to the fashionable dishes of the roaring eighties like the Shrimp Cocktail and the Penne with Vodka. 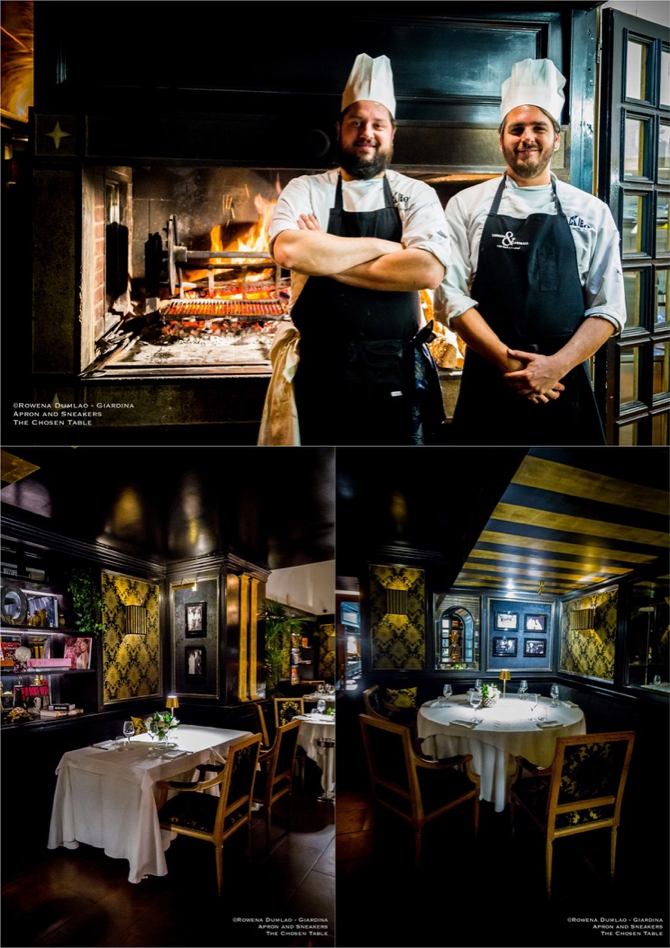 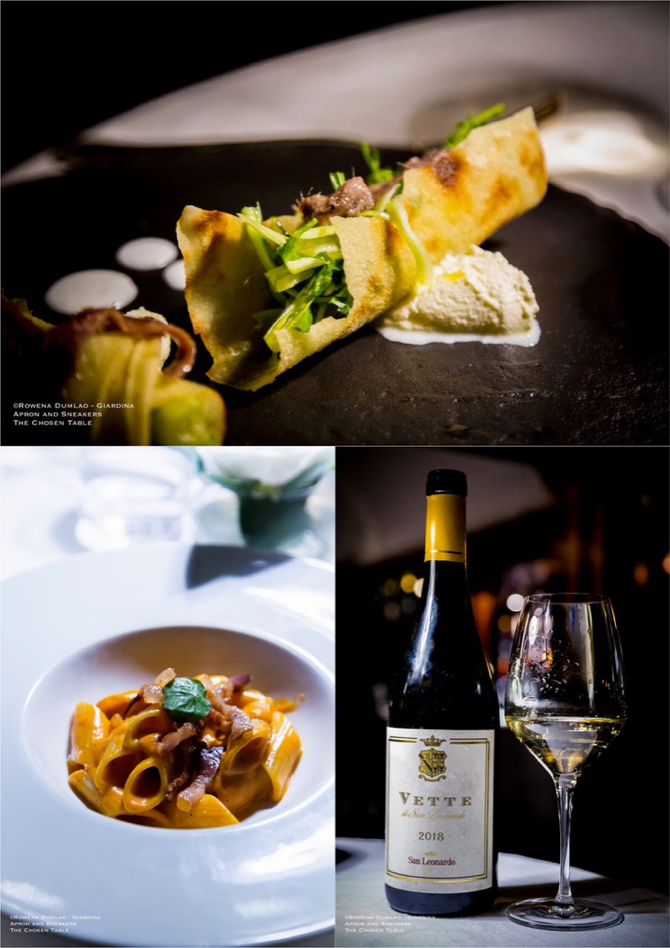 Seafood, vegetable and meat proposals in the menu include appetizers like Crunchy Egg Parisi with Pecorino Cheese Fondue and Broccoli, Carasau Bread Cannolo, Buffala Cheese, Puntarelle and Anchovies from Cantabrico and Beef Raw Carpaccio, Extra Virgin Olive Oil, Lemon Zest and Maldon Salt which are priced between €10 to €22. Some of the pasta and risotto dishes that range between €16 to €26 include Spaghettone Carbonara Sauce, and Linguini with Lobster and Cherry Tomatoes Confit. Meat and seafood main courses, including a €55 Chateaubriand with Bernese Sauce and Aromatic Potatoes for two persons, between €22 to €32. Marango Beef Fillet is the chef's selection while there are also the Char-Grilled Homemade Smoked Salmon with Violet Carrot Cream and Char-Grilled Argentine Rib-Eye Steak. 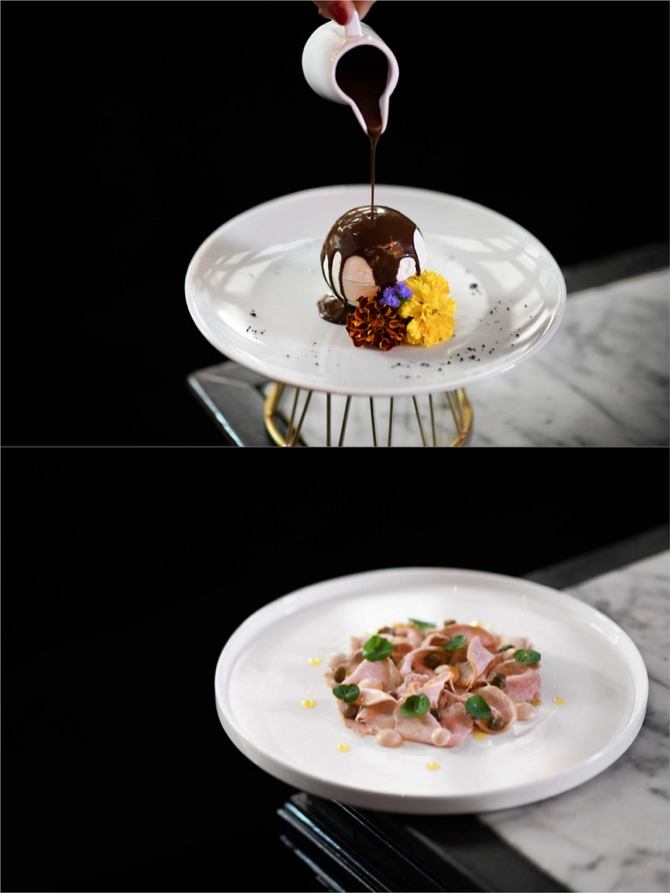 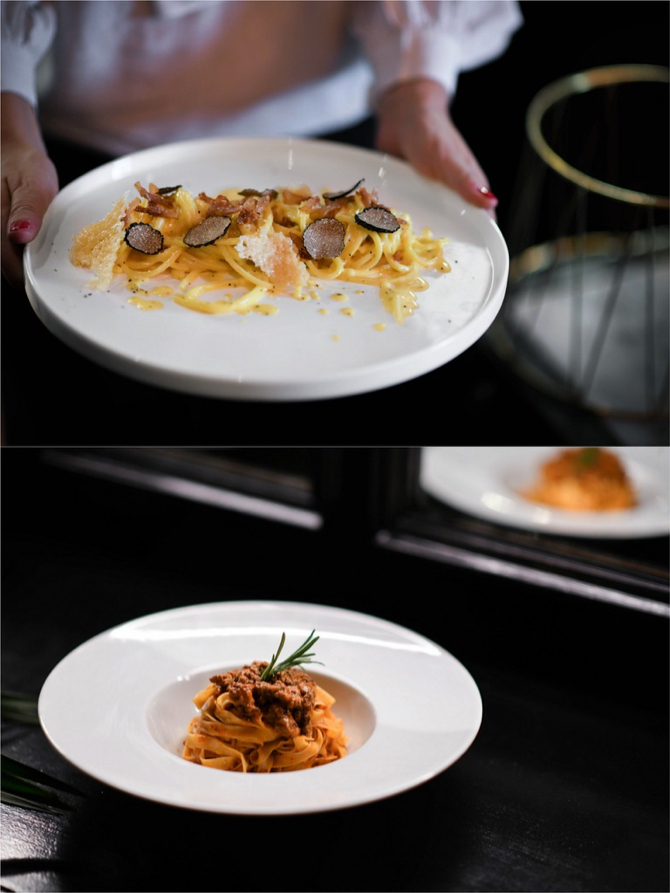 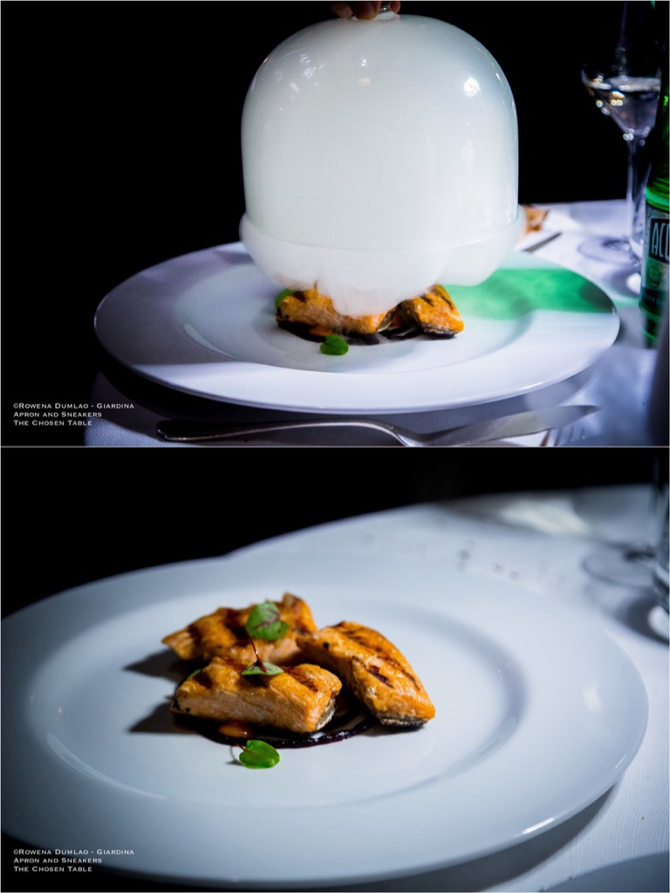 Pastry Chef Federico Prodon, who has an interesting string of accolades like being the pastry chef of the popular cooking show La Prova del Cuoco, cookbook author and teacher at a Roman culinary school, takes over the sweet side of the kitchen. Some options in concluding the menu with a list of interesting desserts between €10 to €16 are Little Lemon Pie with Italian Meringue, Tiramisù and White World, a meringue sphere with an ice cream core and chocolate sauce. There is also the Crepes Suzette that is prepared in front of the guests. 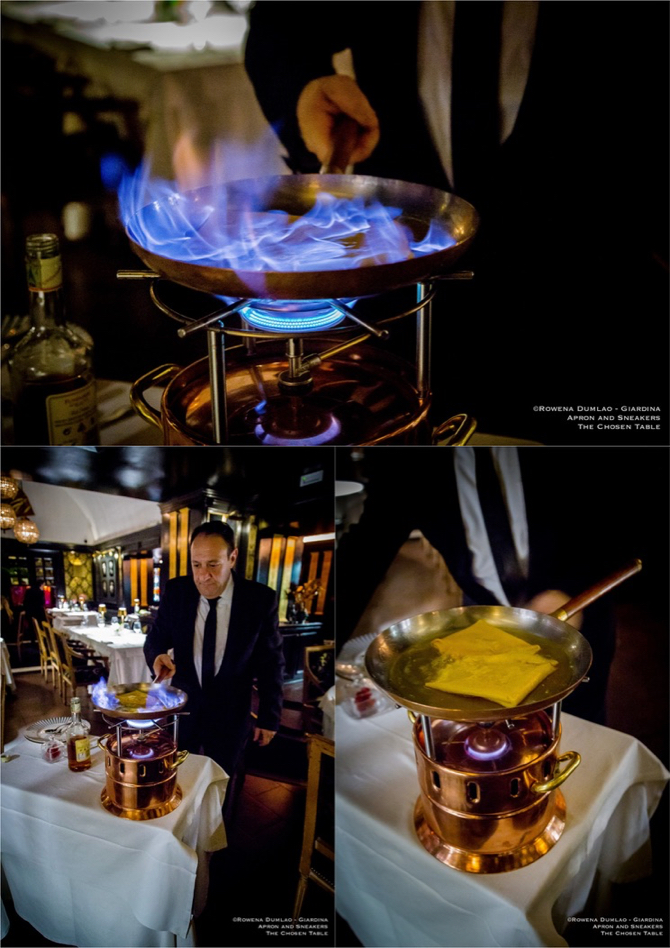