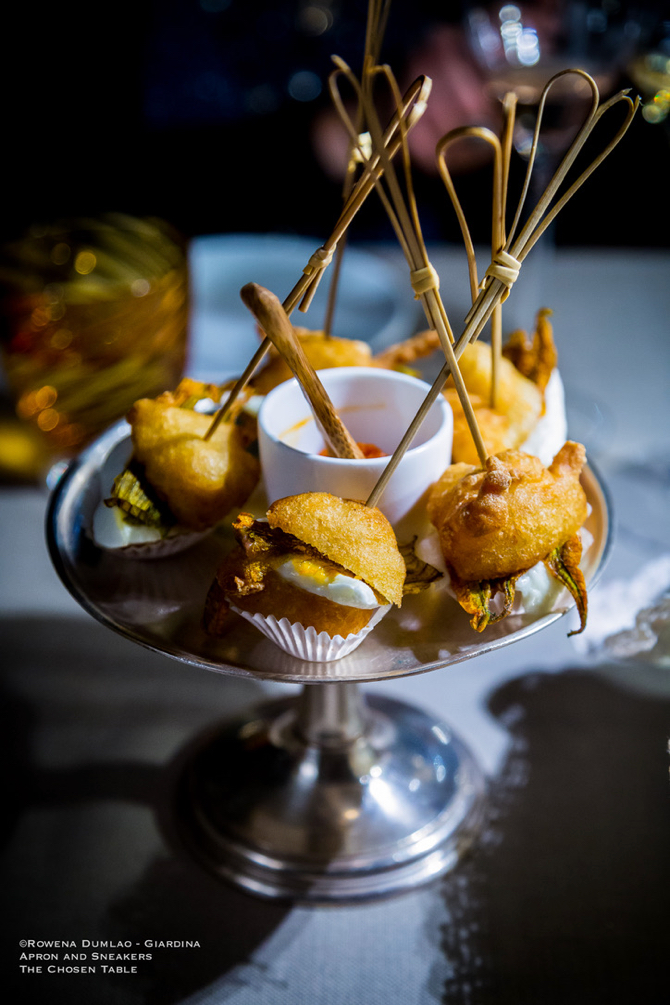 Walking through the doors of Il Convivio Troiani is not just walking through any other fine dining restaurant in Rome. The restaurant, opened in 1990 in a previous location by brothers Angelo, Giuseppe and Massimo, has a 30-year history of dedication and hard work behind its modern and minimalist facade. The Michelin star arrived in 1993, three years after its opening in the first location of the restaurant and from then on, they continued to maintain the accolade assigned to them year after year because of their perseverance in keeping the quality of food and service that they give. 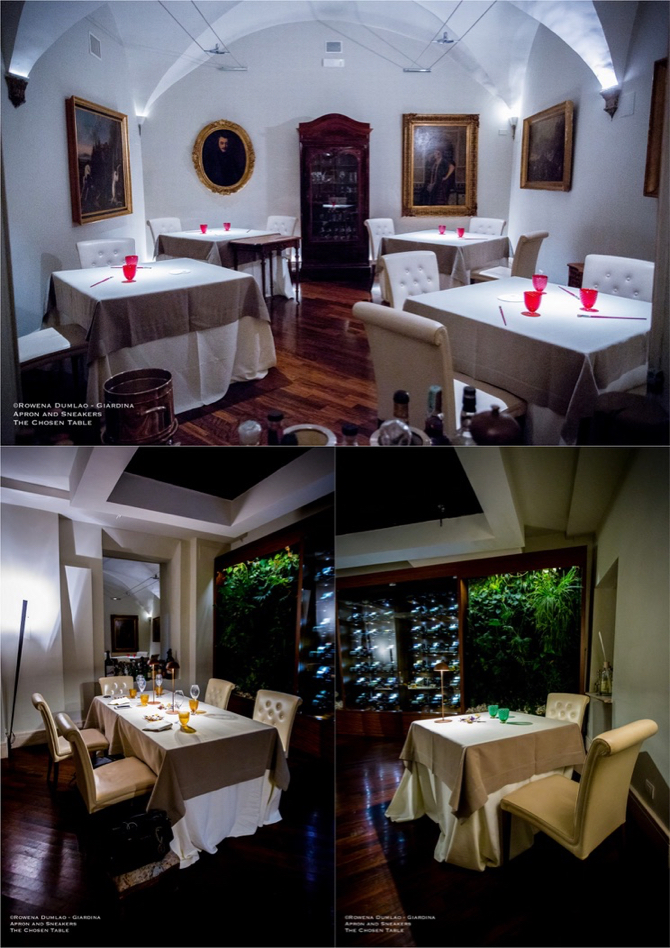 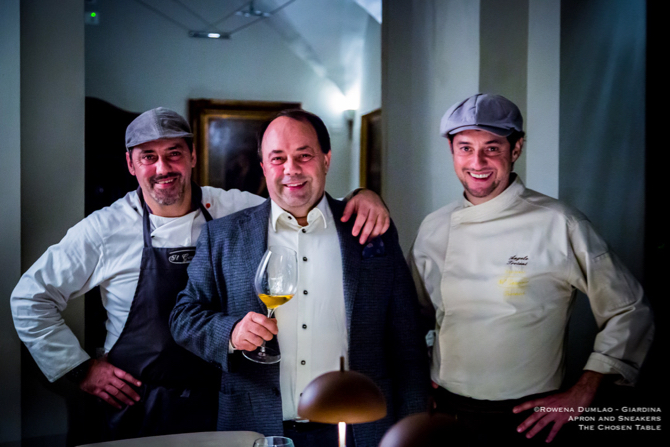 Centrally located in a quiet cobblestone alley, Il Convivio Troiani welcomes its guests in a historical building surmounted by an ancient tower where soldiers were formerly headquartered. In 2018, the restaurant received a complete refurbishment with a new concept inspired by the history of the neighborhood and its old traditions.

Headed by Angelo Troiani, the kitchen of Il Convivio Troiani reflects the Italian culinary heritage of tradition and flavors and redefines them to innovative creations. Suffice to say, his philosophy is to combine tradition, modernity and naturalness based on genuine ingredients which are selected with extreme attention, direct contact with the producers, harmony with the seasons, and respect of the territory as they are cooked with decades of experience, research and creativity. Everything that comes out from the kitchen is an original composition that depicts all these characteristics put together, which evoke sensations. 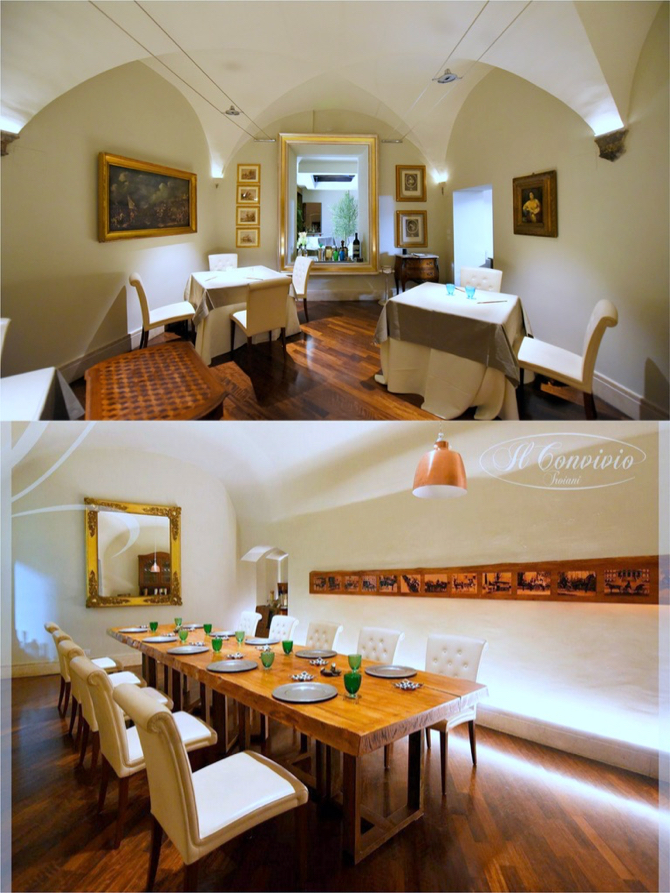 But Il Convivio took one big step further. In 2013, they chose to take the organic route and has since been certified by the Istituto Mediterraneo di Certificazione with "Conosci il Tuo Pasto" (Know Your Meal). The restaurant has the fundamental role of using primarily organic raw materials from biodynamic and organic agricultural chains that enhance the origin of products and production methods that respect the environment  which are designated with Denominazione di Origine Protetta (Protected Designation of Origin) and Indicazione Geografica Protteta (Protected Geographical Indication). This means that their cooking philosophy has embraced the green and natural approach as well which makes them the first starred restaurant to obtain it. 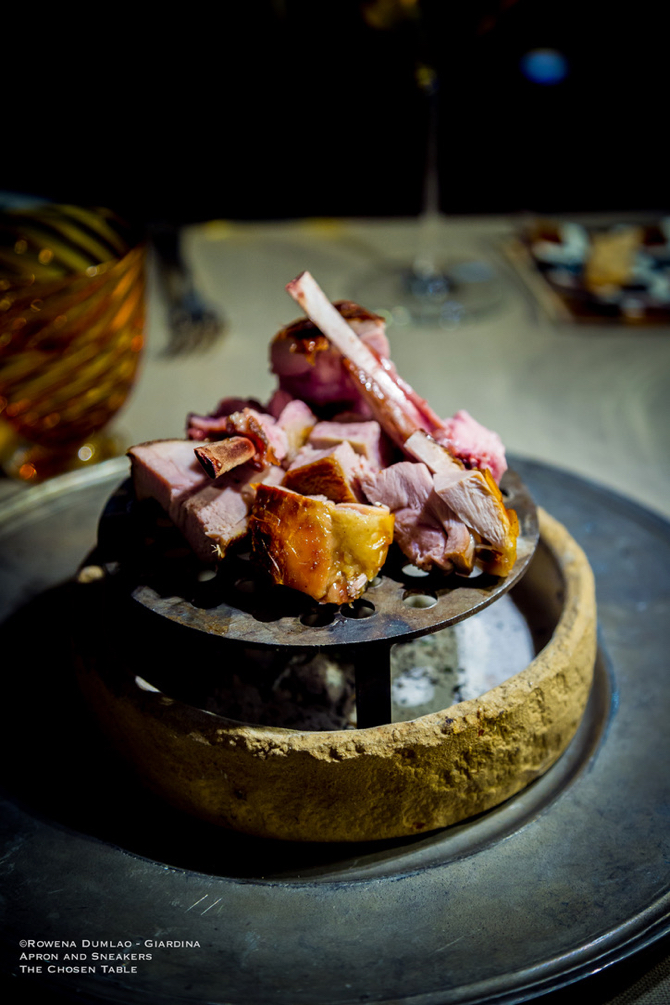 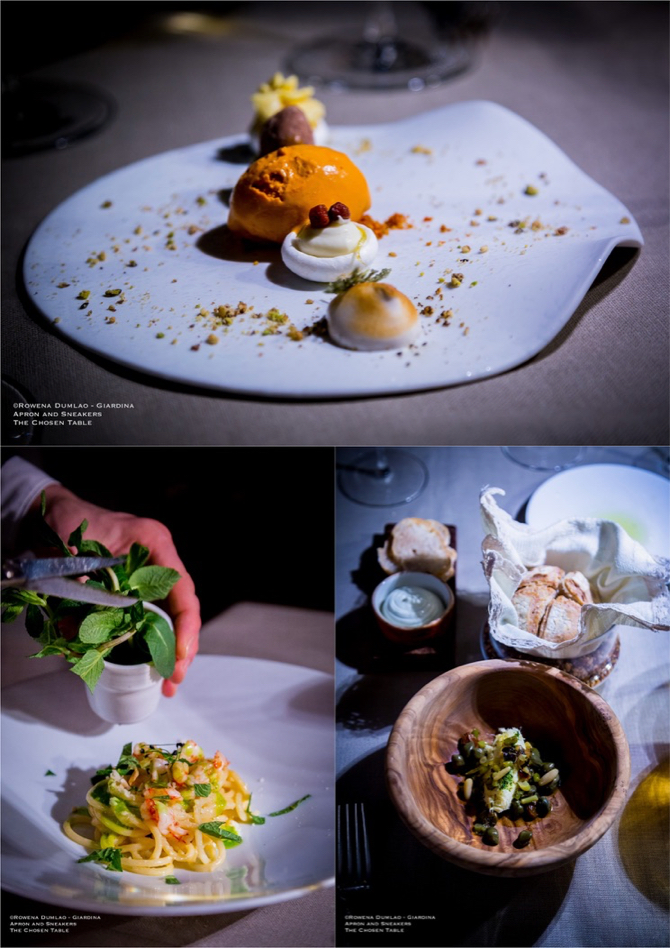 "I like to define my cuisine as a product cuisine, a healthy cuisine, with particular attention to the world close to us that is to be discovered," says Angelo,  "from small producers to the infinite varieties of products and natural crops that do not damage the earth, but that support and respect it, a cuisine that does not lack a pinch of fusion, in my own way, therefore healthy, by carefully selecting the superfoods from the world, more good and interesting for the palate but also for the body and the mind."

Angelo Troiani has always been passionate about cooking from an early age. Born in Rome but having grown up in Ascoli Piceno of the Le Marche region, he attended the Hotel School of San Benedetto del Tronto and had his first professional kitchen experiences at the restaurants along the Adriatic Coast. He worked at Aurelio Damiani's Capannina di Porto San Giorgio then with Igles Corelli at Argenta Trigabolo (2 Michelin stars), and finally at Hotel Lord Byron in Rome alongside Antonio Sciullo and at Le Jardin (2 Michelin stars). Then 1990 came and his dream was realized when he and his two brothers Giuseppe and Massimo opened Il Convivio Troiani. 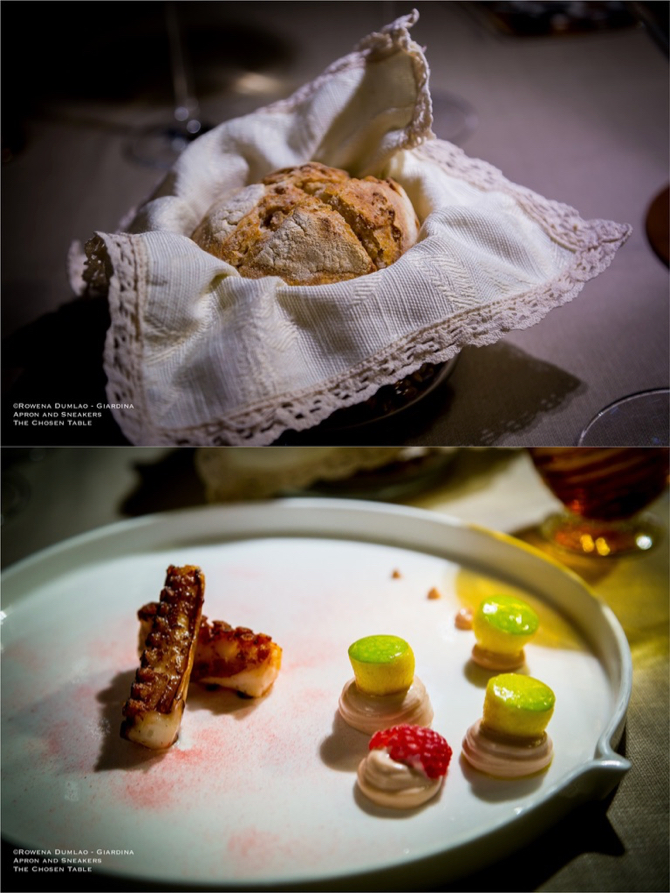 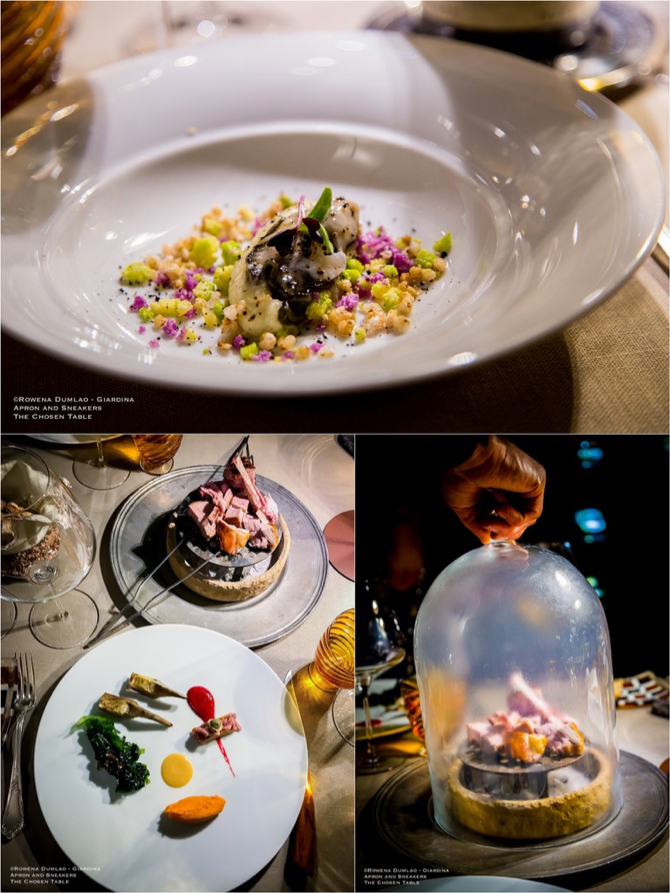 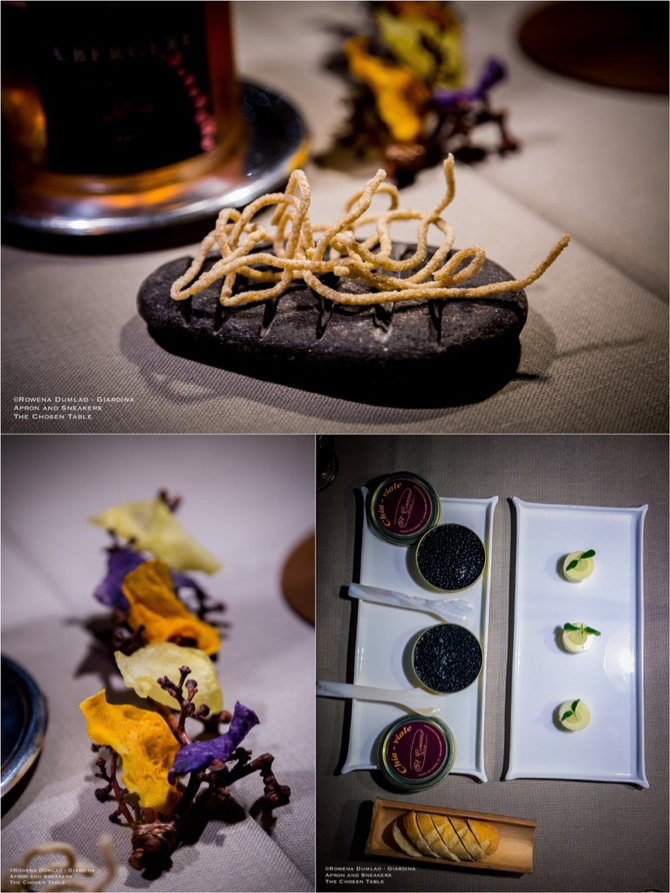 In the next thirty years of his career as a well-versed chef, he has maintained a very significant role as an active creator of avant-garde projects in the world of gastronomy. He conceived and directed for years the Acquolina Restaurant which was awarded a Michelin star as well. Apart from this, he also created Ateneo della Cucina Italiana Coquis, the largest culinary school in Rome as well as one of the founding members of Jeunes Restaurateurs d'Europe (JRE). The television is one of many of Angelo's platforms in promoting the gastronomic culture. He has represented the Italian cuisine for various culinary events municipally, provincially and internationally. 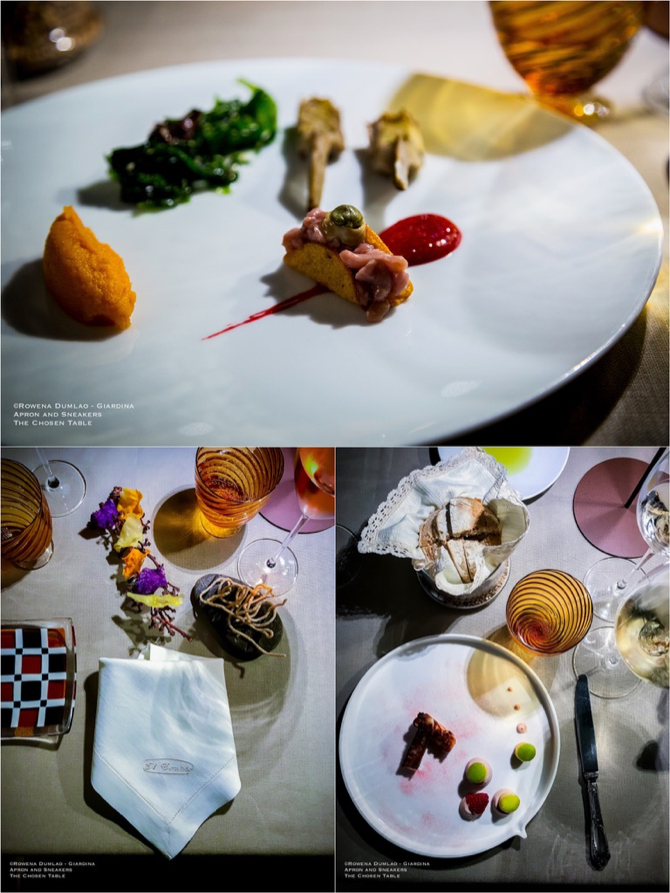 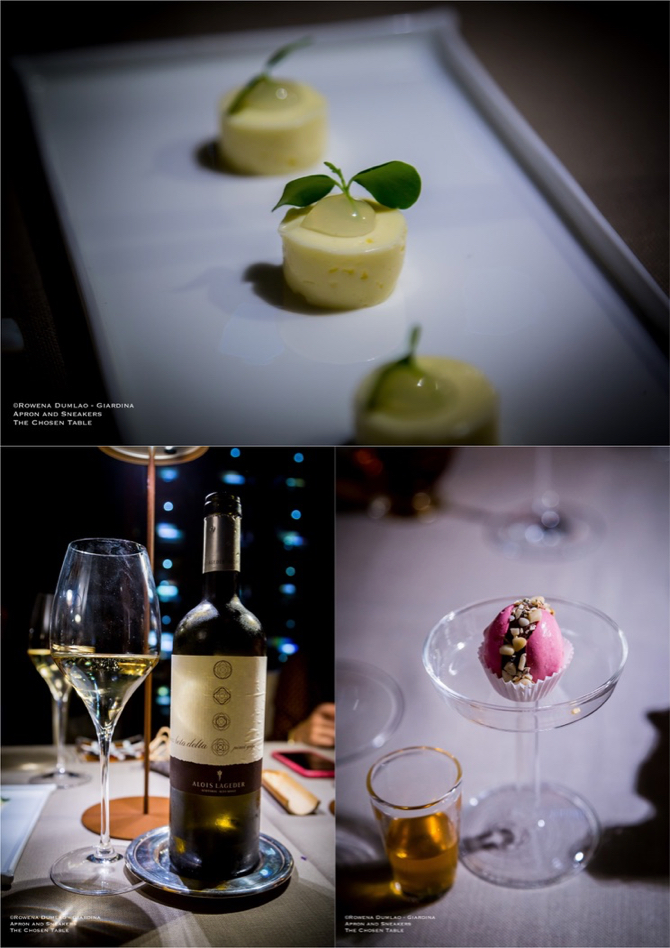 The menu, which changes often apart from some dishes that have become mainstay because of their popularity, has entries for appetizers (€28 to €38), pasta (€28 to €41), main courses (around €45), and desserts (€18 to €25). Some dishes that you shouldn't miss are their classics like the Pan-Seared Octopus, Fake Mayonnaise, Raspberry and Green Apple (€31) from the 2009 menu, the Amatriciana (€28) that still, after 25 years in the menu remains one of the guests' favorite, the Ajo e Ojo with Red Shrimp, Almonds, Aged Pecorino Cheese, Lemon and Mint (€34) from the 2014 menu, and the Lamb D.O.P. BBQ with Sesame Seaweed, Salmoriglio of Microcosmus and Shiitake (€45) from the 2019 menu. The Grand Tasting Menu (€125) has 6 courses while a shortened one with 4 courses is at €110. Wine pairing is available for the tasting menu to enhance the flavors of each dish. 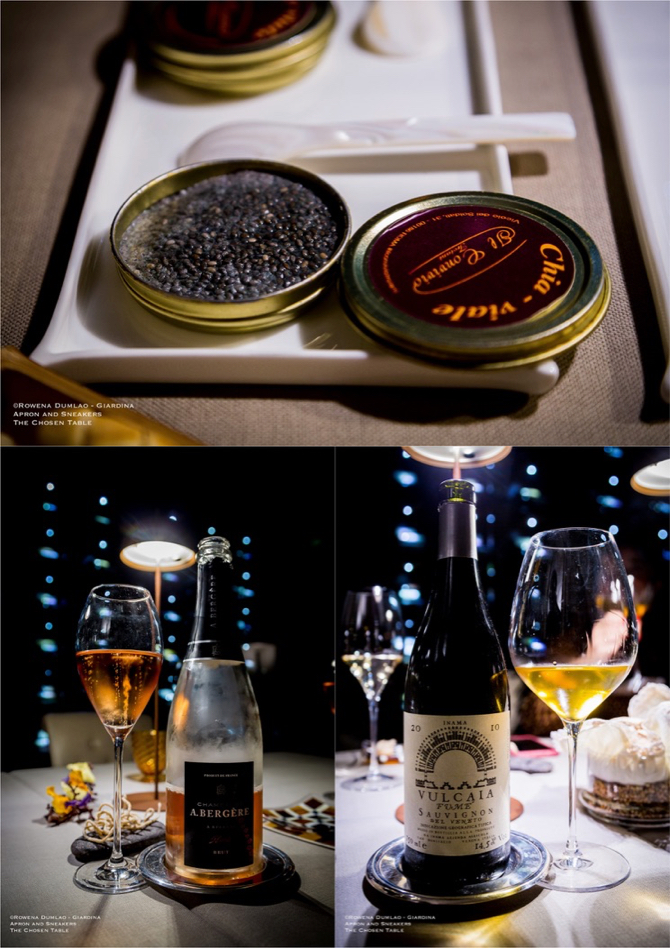 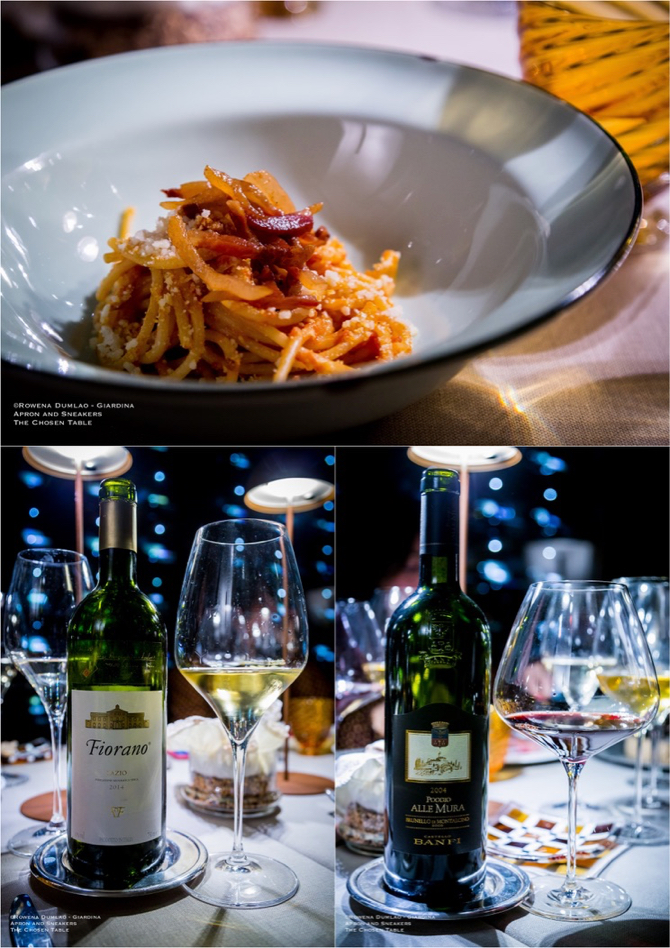 There are over 3,600 wine Italian and international labels available at the cellar. In line with the stellar dishes from the kitchen, the list of wines was also a result of continuous research among the most prestigious to the lesser known producers with interesting winemaking techniques, principles of organic cultivation, quality and exceptional vintages. "A bottle of wine is an experience that makes you travel through time," says Massimo Troiani. 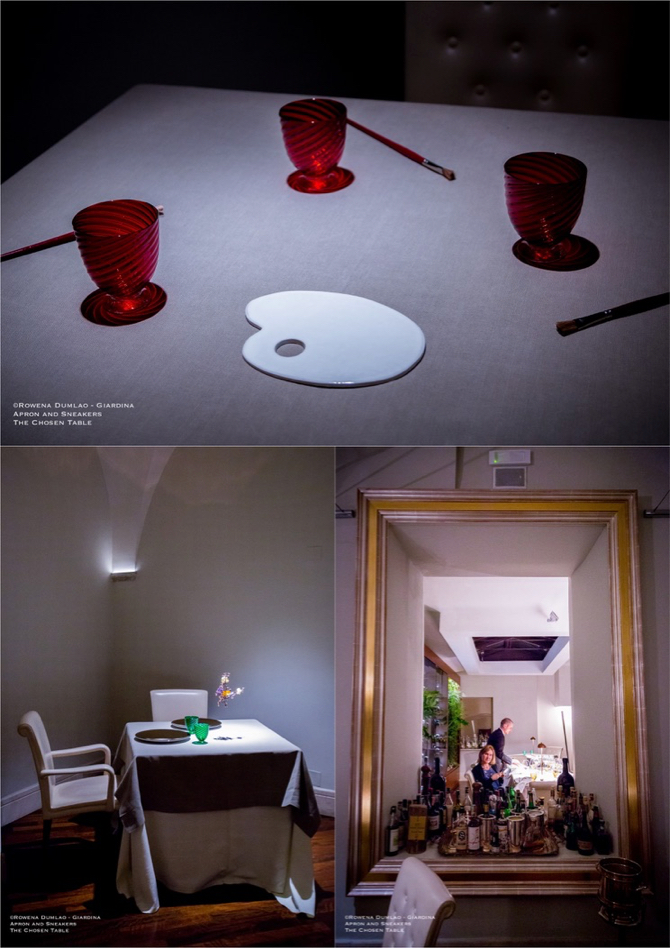