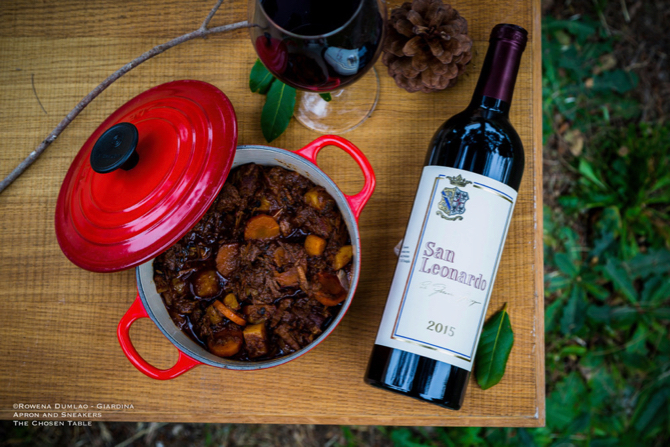 Father and son team, Marquis Carlo and Marquis Anselmo Guerrieri Gonzaga have committed themselves completely in producing wines of elegance and complexity from the Italian northern region of Trentino. Winegrowers as far back as 300 years ago, the noble family has already been involved in every aspect of the wine producing tradition. But it was Carlo who was the first in the family to become a real winemaker and  his passion for great wines led him to give all his effort in the succeeding fifty years. He studied oenology in Lausanne and Bordeaux and conferred with his friends Piero Antinori of Marchesi Antinori, Mario Incisa della Rocchetta of Tenuta San Guido  and consulting oenologist Giacomo Tachis for advice. This love for winemaking was then caught by his son Anselmo who presently directs the family winery. Starting with the 1999 vintage to this day, the estate's consulting oenologist is Carlo Ferrini. 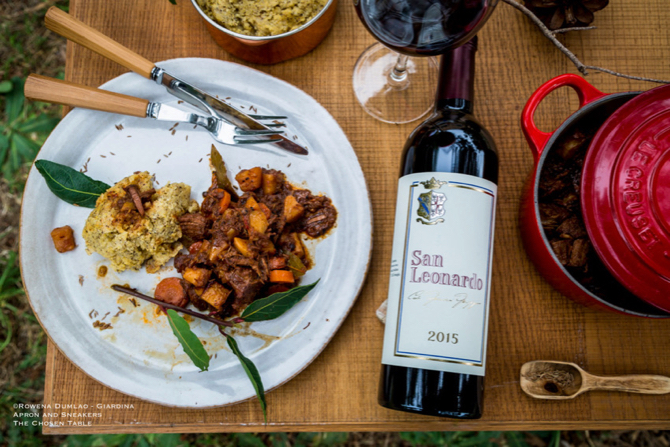 The grapes used in this blend were harvested from vines between 20 to 50 years old from Borghetto d'Avio, vinified and aged separately which were then assembled in proportions dictated by the conditions of the vintage. Aging takes place in concrete vats for about 10 months then 24 months in new and second-passage French oak barrique and finally another 12 months in the bottle. 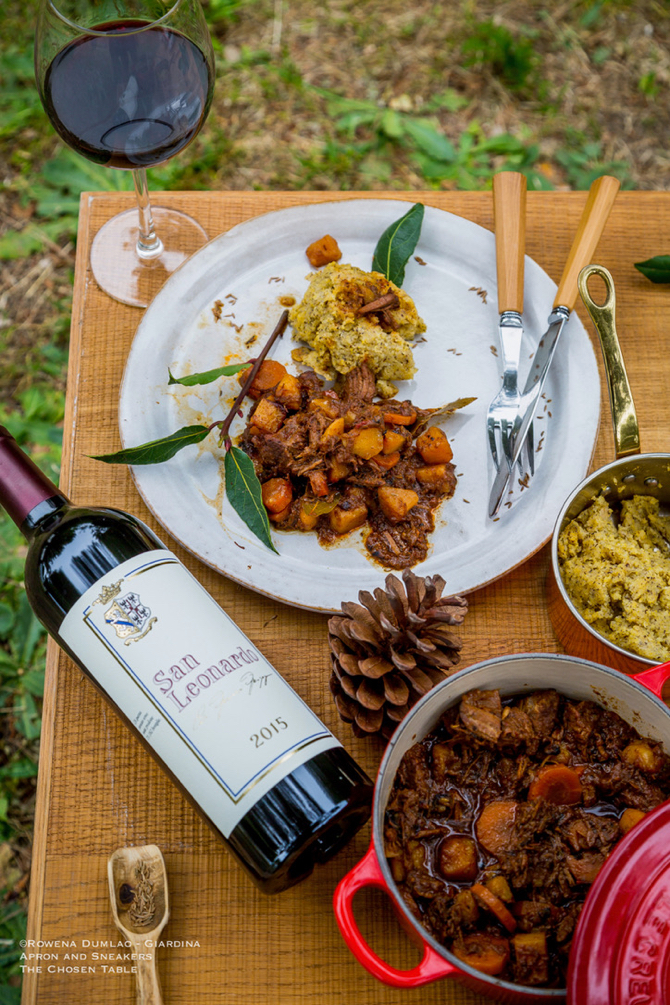 Deep ruby red with hints of garnet, the intense olfactory characteristics of this wine boasts of complexities of dried spices, flowers, red berries, mature dark stone fruits, dried tobacco leaves, and balsamic. The palate is rewarded with the complexity of the nose, freshness, soft and long persistence that lingers beautifully. A harmonious wine that’s showing its excellence now and will still continue to impress in the next years.

The best dish I thought of pairing it with is goulash, a stewed meat dish cooked for hours and seasoned with paprika and spices. Best eaten during the colder months in northern Italy, and admittedly, it was already a bit too warm to cook it, but this dish plus this wine together are worth everything! 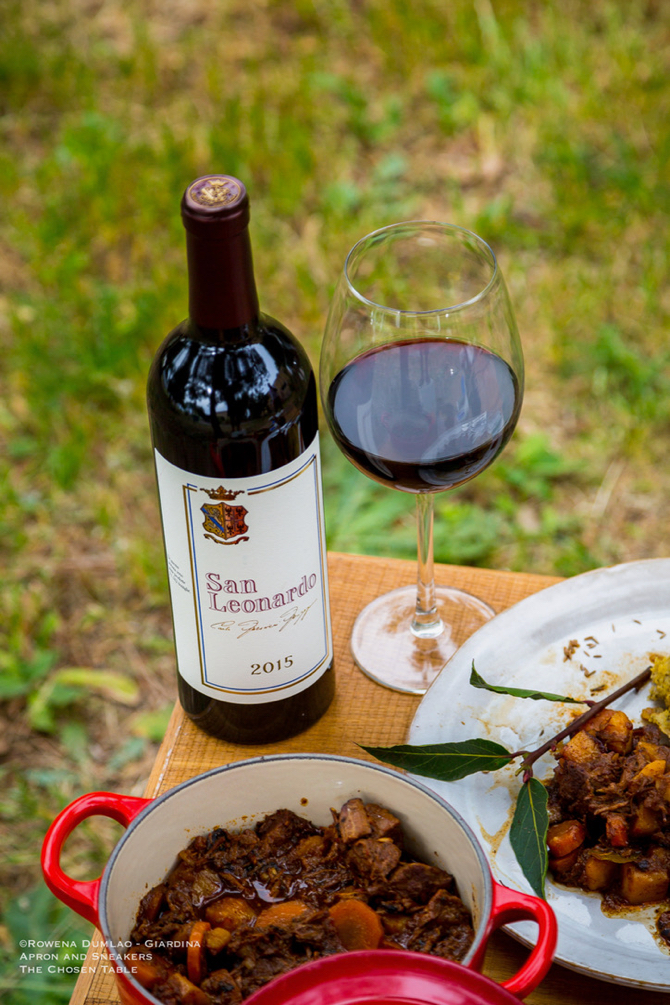